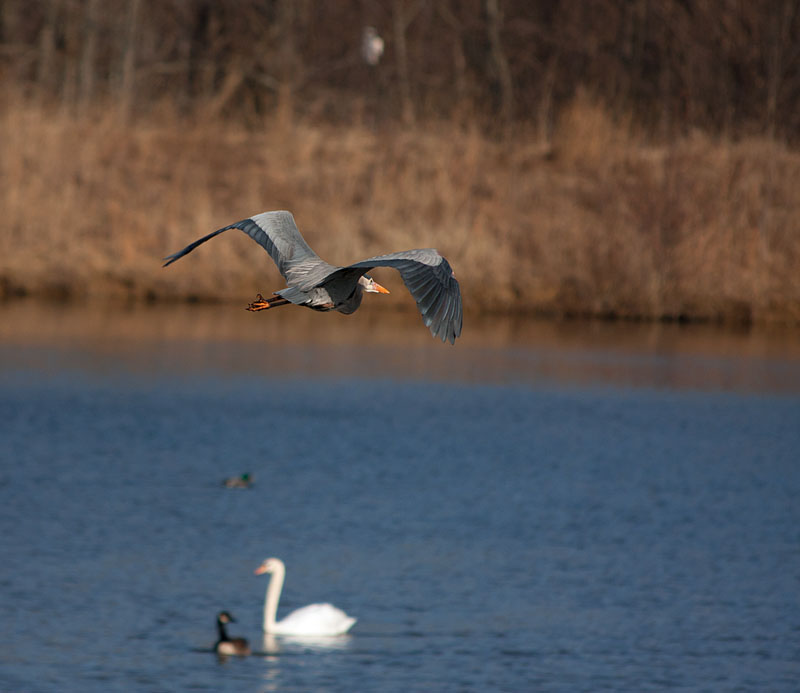 A couple weeks ago, I spent a little time at a Columbus metro park called Blendon Woods.  It turned out to be a worthwhile trip.  There’s a large pond there with a pretty dense population of waterfowl, but the best features there are two blinds built right on the water.  These blinds are built to let you watch the birds in relative anonymity, and they were a key in allowing me to get some fairly nice photos.

The photo here is a Great Blue Heron cruising across the pond, with a Canada Goose, a Mute Swan, and a Mallard duck in the background.  I like the detail visible in the Heron here, and I was really happy with the bokeh (background blurring) that helps the Heron pop out from the background.  I had a smaller crop of this photo featured on photo.stackexchange.com as the featured image of the week, too, which is nice:

There are a couple dozen more shots in the Blendon Woods gallery, including some other varieties of ducks, cardinals, and others.   If you’re in the Columbus area and haven’t checked out this park, stop in and check it out – it’s on the East side, not far from 270 and 670.