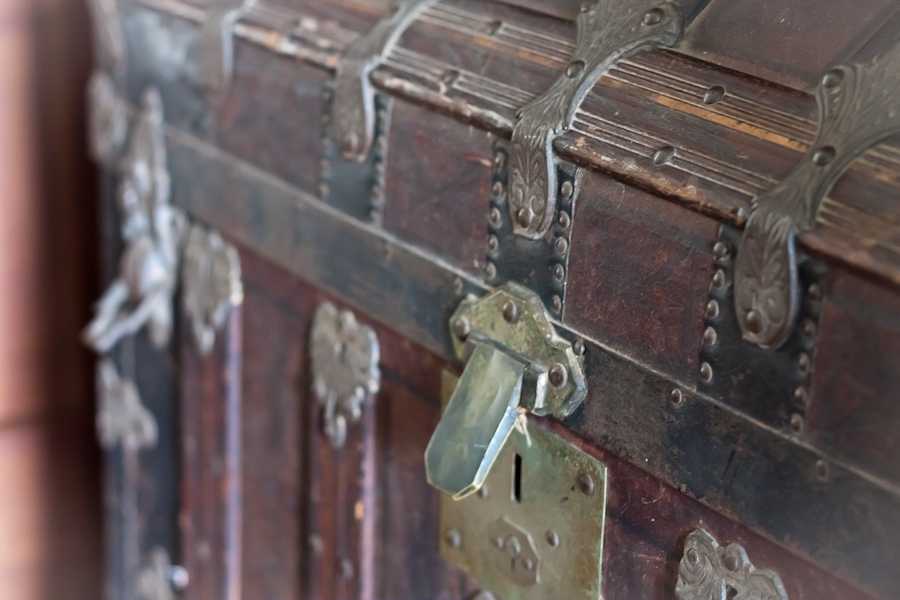 When I last visited Slate Run Metro Park, it was January.  Snow covered the ground, the house on the historic farm was closed up, and the staff was preparing for maple syrup season.  Half a year later, the grounds are humming with insects, the farmhouse is open, and the garden is in bloom.  It’s not quite like visiting for the first time, but it’s close.

This chest is tucked under a stairway in the farmhouse.  There are all sorts of neat antiques there, but this one worked particularly well for a photo because I could frame it without getting all sorts of other clutter in the shot.  Lens choice and camera settings were a real challenge the day I visited, because I was constantly moving from light to shadow and in and out of tight spots.  When I was inside, I appreciated the big aperture on my 50mm lens, but this was really too tight a lens for many of the inside settings, so I took quite a few shots with my 17-85 at higher ISO settings.  In this shot, I built on the shallow DOF of the 50mm lens with a little bit of vignetting, winding up with a fairly nice antique-feeling shot without resorting to a full B&W or sepia conversion.

You can see more shots from this visit in the gallery.