One of the most mysterious aspects of flash photography for new flash photographers is sync speed and the related concept of high speed sync.  One of the first places you’re likely to encounter this is when you start shopping for flashes, because HSS is typically one of the features you’ll give up on low-end or manual flashes.

To understand sync speed, consider the shutter speeds your camera is capable of — usually, these will range from something like 30 seconds all the way down to 1/2000 of a second or faster.  If you have a DSLR, try taking a long-exposure shot (5-10 seconds).  You’ll  probably hear the mirror slap up when your exposure starts, and back down again at the end.  In addition to the mirror moving, there’s also a shutter that opens to begin the exposure and closes at the end.  Less commonly-understood, though, is that the shutter is comprised of two curtains — one of which moves out of the way to begin the exposure, followed by the second curtain that ends the exposure.

For most exposure speeds, the shutter sequence happens about the way you’d expect: first curtain opens, there’s a pause while the exposure occurs, and then the second curtain closes.  As shutter speeds increase, however, there comes a point (usually around 1/200 – 1/250 sec) where the second curtain actually starts to close while the first curtain is still opening.  This has the effect of forming a moving sliver of exposure as the curtains move across the sensor.

Now, although 1/250 second is pretty fast, the duration of a flash is actually quite a bit quicker than that — enough so that a single flash will cover only part of  you exposure, and you photo will wind up looking something like this: 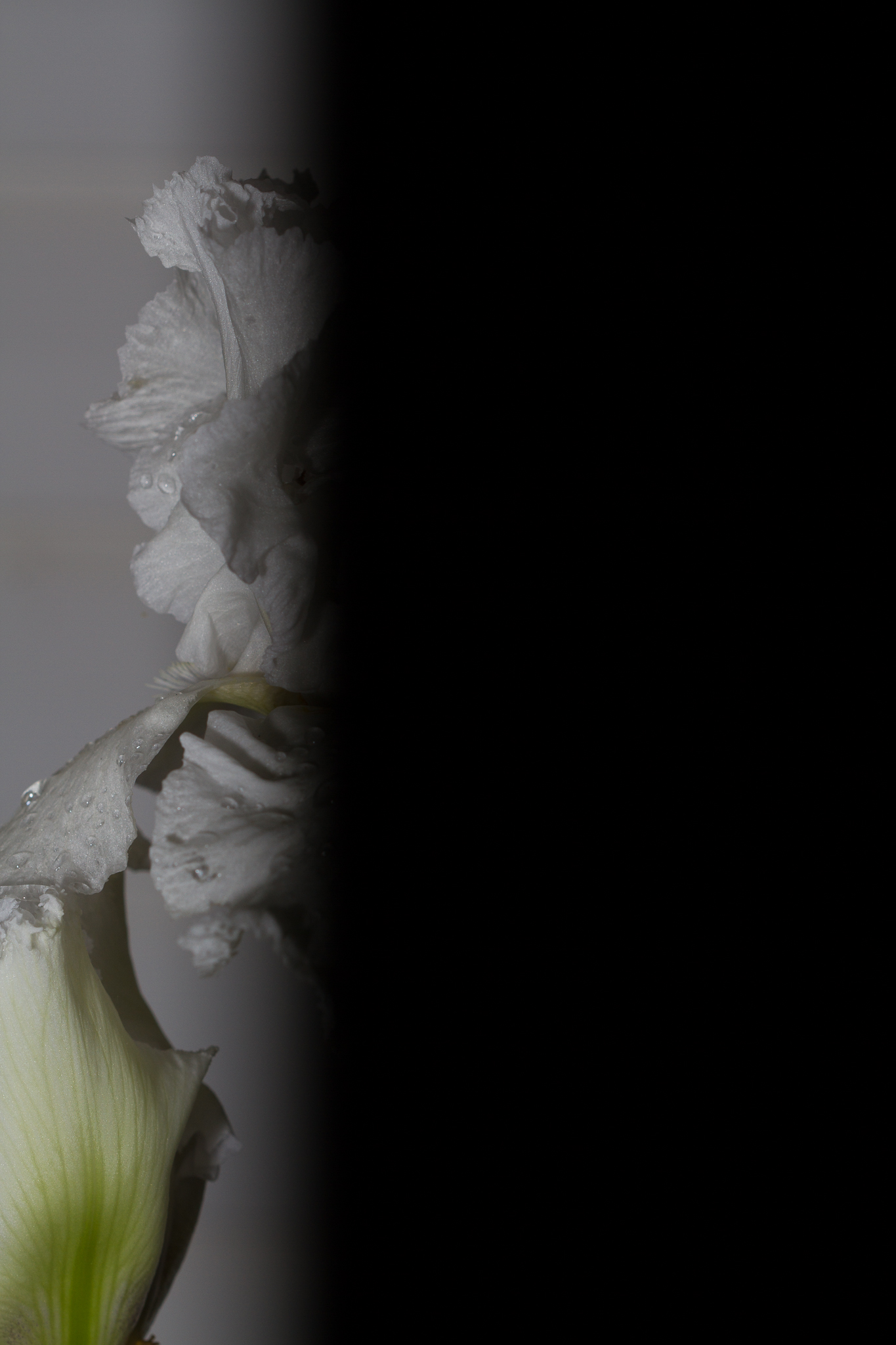 This was shot in portrait orientation, so if you’re shooting in landscape orientation, the band will be horizontal, but you get the idea.  The shutter speed on this, by the way, was 1/400 vs. the sync speed of 1/250 for my 7D.  If you don’t have a flash that supports HSS, the sync speed is the fastest you can shoot with a flash if you want to avoid this sort of banding.

How, then, does a flash with HSS fix this?  It actually fires the flash two or more times in order to cover the whole exposure.  Since the flash has to fire multiple times very, very quickly, it won’t be able to fire at its normal full power, but if you’re working close to your subject, that probably won’t be a problem.

If you’re still in the dark on this (sorry!!), here’s a video that does a pretty good job of illustrating the moving curtains and the timing of the flash firing.

(update: I just noticed another great video on sync speeds in case the first didn’t quite do the trick)