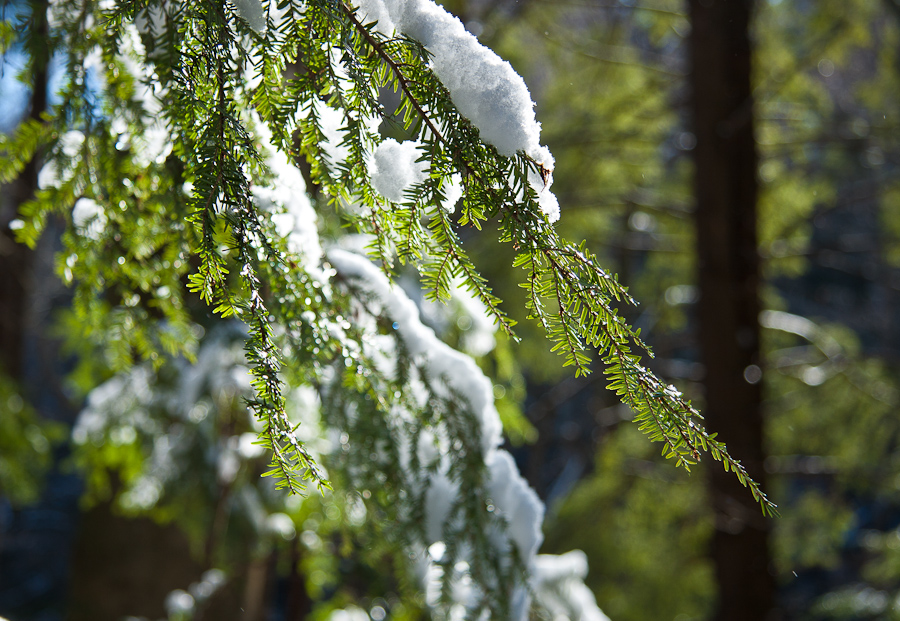 Photographs are created when a medium of some sort is exposed to light for some period of time; hence, exposure. For digital photographers, the medium we’re exposing is the sensor of our camera. Although exposure is a critical part of all of our photographs, beginning photographers often don’t need to think too much about exposure until they run into the limits of their equipment.  Most modern cameras do a great job when there’s plenty of available light, but when light fades, photos will start to blur or show noise.  This can be the time that new photographers decide to reach for that mode dial and give it a twist.

If this sounds like you, then it’s time to learn about exposure.

For any given photo, the two biggest variables are aperture and shutter speed, followed by ISO, followed by everything else.  Aperture is a measure of the size of the opening in the lens – a big opening is considered “wide” or “fast”, so f/2.8 is faster than f/11; a wider opening lets more light into the camera.  Shutter speed is a measure of the length of time the sensor is exposed to light.  A long exposure lets more light fall on the sensor, but it will result in a blurred picture if your subject (or the camera) is moving.

Since both aperture and shutter speed affect how much light hit your sensor, both work together to affect brightness — all things being equal, a wide aperture and short exposure will produce the same “brightness” as a narrow aperture and longer exposure.

ISO speed is a relative measure of how sensitive the camera is to the light that’s hitting the sensor.  It’s meant to be analogous to the ISO speed of films, where high-ISO films were more sensitive to light than low-ISO films.  Since the sensor in your camera doesn’t change when you change the ISO setting, this change is done electronically.  The technique to do this varies a bit from camera to camera, but if you imagine the signal coming off the camera sensor being electronically amplified for higher ISO settings, you’ll be in the right ballpark.  The noise seen in high-ISO shots is a result of this boosting.

The combination of these three values is called the “exposure triangle” – you can read more about it here:

The best way to learn more about these settings is to play with them, or to shoot in one of your camera’s automatic modes and pay attention to the settings your camera chooses for you.  Again, for beginners, low-light conditions are almost always the reason to learn about exposure, so let’s look briefly at what’s going to happen with your cameras’ settings as the light begins to dim.

With most cameras, you’re going to open up the aperture (shooting “wide open”) and vary shutter speed to maintain exposure.  As I mentioned earlier, a slow shutter speed is going to result in blurred images.  If you’re shooting a landscape, you can mount your camera on a tripod, but if you’re shooting anything that moves, you’ll have to use a faster shutter speed to stop the action in your photo.  As you increase the shutter speed in shutter priority mode (thus, reducing the exposure), you will eventually see the photos start to get darker — this means that even with the aperture as wide as it can go, you’re not getting enough light to the sensor to expose the shot correctly.  At that point, you can increase the ISO or try to fix the shots in post-processing.  In my experience, both of these techniques will introduce some noise into the photo, some of which can be reduced (also in post-processing).

If you’re lucky enough to have “fast” glass (f/2.8 or faster) and/or a camera body that can support really high ISO speeds, you can use these to get most of the shots you’re looking for, but for most of us, we’re going to run into the light-gathering limits of our equipment.  When balancing low-light photo quality, as a general rule, I’d rather have a noisy photo that’s optically sharp — I can at least process some of the noise out of it.  There’s not too much you can do with a photo that’s blurry because the shutter speed was too slow to stop the movement of the subject.  Having said that, I *hate* noisy pictures, so I’ll use the lowest ISO I can while still getting the shot.

As you become more familiar with aperture, shutter speed and ISO, you’ll come to understand how other factors, such as sensor size and construction affect exposure, and you’ll see how your camera evaluates lighting conditions to set the exposure values in your camera, but there will be plenty of time for that later.  For now, go try these settings with some photos so you can start to become familiar with the “big three”.

Exposure
See Learning | Exposure.
Aperture
The opening in a camera's lens. As this opening widens or narrows, it increases or decreases the light available to the camera, much as your eye's pupil as it reacts to changing light.