No matter how many times I hear a WW-II warbird start and throttle up, it never fails to send a shiver up my spine, and P-51’s are right up at the top of the list.  When I got to the warbirds area, there were a handful of Mustangs getting set for a quick jump, and I managed to avoid drooling on my camera long enough to catch a few nice shots.  In this shot, “Ridge Runner III” is all set to roll out onto the taxiway. 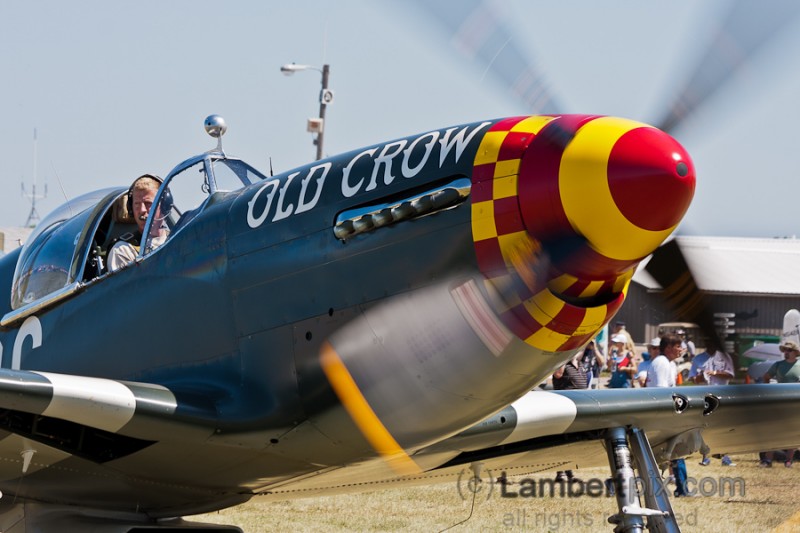 Although there are ground personnel directing traffic and herding people out of the way, you can still pick up some pretty nice shots while these planes are getting ready to roll off.  The P-51B at right (“Old Crow”) was absolutely spectacular to listen to — it spit and snarled even more than the rest of the mustangs! 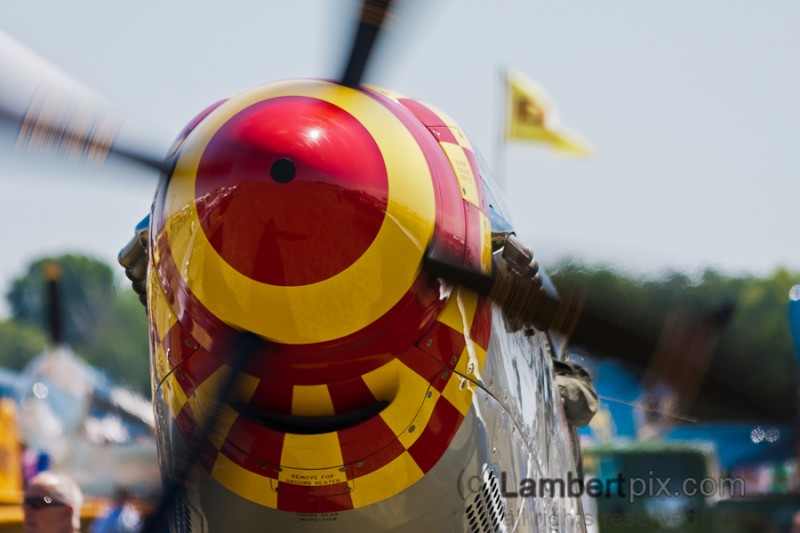 The Rolls-Royce Merlins in these planes produce somewhere around 1500HP, and you can really feel it when they get going.  In the shot to the left, you can see the heat pouring out of the exhaust stacks on “Gentleman Jim” — this is one of Jack Roush’s planes, if you’re a race fan.

If you like these, be sure to hit the gallery, as there are quite a few more nice Mustangs in there.