June is a busy month for vintage racing in the Midwest. With the introduction of SVRA’s Brickyard event in 2014, two great SVRA events have been scheduled in back-to-back weekends. Coming from Indy the weekend before, Mid-Ohio was a wonderful change of pace. I was thrilled to be back at a purpose-built road course again, with the rolling green hills of central Ohio providing some beautiful backdrops for the vintage cars. It was good to be back!

One of the things I’ve been making a real effort to improve is my use of lighting, which implies, of course, my positioning at the track with respect to the light. Prior to being credentialed to shoot for Victory Lane, my track positioning choices were pretty limited, of course. Most tracks have at least one or two spots where a properly-equipped amateur photographer can get some nice shots, and Mid-Ohio is no exception. The photo pass I always coveted, though, opens up more possibilities. It’s a misconception that the photo vest allows us to go anywhere we want; in fact, there are still stringent regulations about where we’re allowed to shoot from, but the options are far better than those behind the double fence.

So, upon my arrival Saturday morning, I began chasing sunlight. From the media center, located just behind the flagstand, my first track access points put me outside the Carousel (turn 12) with the morning sun behind me. Although the light really was quite nice in the Carousel, the track orientation didn’t give me too much in the way of compelling views. Working back toward “Thunder Valley”, however, there were some really nice spots with shadows falling across the track and some other spots that worked pretty well for panning, and these kept me working along that sector of the track the rest of the morning.

Midway through the morning’s sessions, Groups 7b, 9, and 11 took to the track, including Bill Heifner’s iconic papaya-orange McLaren M8F. I’d barely had a chance to get excited about shooting this car the rest of the weekend (not to mention hoping it would show up in Road America, too), than I saw the double-yellows fly, followed conspicuously by most of the rest of the field burbling by me at about 6-tenths. The next time I saw the McLaren, it was on the business end of a hook, looking like the loser of a hard-fought feature battle on a Sunday afternoon in 1972, rather than the victim of a practice round misstep. Honestly, I remain really torn on the topic of running these old cars a little too deep into the danger zone. As absolutely glorious as it is to experience these cars at speed, the most magnificent of them bite hard. I hope Bill’s McLaren makes it back on-track again soon, but it was surely done early this weekend.

Later on Saturday, with the sun coming around to the other side of the track, I moved further up the track to work the inside and outside of the famous “esses” as well as the great turn 4/5 area at the end of the back straight. Although the shade on the outside of turn six makes it a great spot for spectators, I found the views there to be just “ok”. The outside of five was always a favorite spot for me as a spectator-shooter, though, and it’s even better from the credentialed cutouts. Mid-Ohio has some great elevation changes through this part of the track, and there are some great views to be had here of cars cresting the top of the hill at five before diving down toward six, so I got some nice shots there.

Afterwards, I crossed over the track and headed to the inside of turn five to do some panning. I’d not shot from this location in the past, but it’s a new favorite. I love being able to see the crowds behind the cars as they wheel around this tough corner, and the close-up shooting position let me get some great panning shots with a wide-angle lens, resulting in a distinctive look for these shots. I had a lot of fun here, slowing the shutter speed down more and more each lap to achieve a sense of movement.

By late Saturday afternoon, the setting sun was glaring down the back straight as the International GT group took to the track for the last event of the day. Normally, I’d work hard to avoid shooting into this sort of light, but I decided to play with a strongly underexposed setting to showcase the glare coming off the cars coming around turn four.

I’m still not absolutely knocked out by this look — I was hoping for a softer backlight, but I’m going to chalk this up to making lemonade out of lemons. I’ve really come to appreciate the pressures of producing images for publication — no matter the conditions. While having access to more parts of the track certainly helps, I also know I need to keep improving my technique, and shooting in challenging conditions is definitely one of those growth areas for me.

Sunday morning found me in the keyhole for the Classic Enduro. This is another great “morning location” with the sun behind the track in the morning, and it’s not always available for photographers. Like many tracks, Mid-Ohio is somewhat configurable, and when the front straight is set up to head directly into the keyhole, the keyhole winds up being a very heavy braking zone, and photographers aren’t allowed to shoot there — even behind the catch fence. For the vintage weekend, though, there’s a chicane in the front straight that slows cars before the keyhole, and they allow shooting back there.

This location isn’t great for “hero” shots of individual cars, but it allows some really nice setting shots looking down the front straight with the rolling hills of central Ohio in the background. One of the more popular spectator spots at Mid-Ohio is just behind this location, by the way, where a viewing hill gives spectators a really nice view from turn one through the keyhole and down the back straight into turn four. During the course of the enduro, I migrated toward turn one, and eventually made my way back toward the infield esses and thunder valley for the rest of the morning’s events, where some great crowds enjoyed the weekend’s perfect weather. After a drizzly event last year, it was nice to see big crowds back enjoying the action this year.

The first event after lunch was another enduro – this time, the faster GT and GTP cars took to the track for a 90-minute scheduled race. I started this event inside the Carousel, mostly failing to grab too much that thrilled me. I definitely wanted to try to catch a pit stop or two, though, so I crossed over the track again and headed to the pits for the end of the enduro, then finished my day by shooting some stills in the paddock.

This would be my one and only trip to Mid-Ohio in 2017, but it was a great way to wrap up my month. I’m already looking forward to next year! 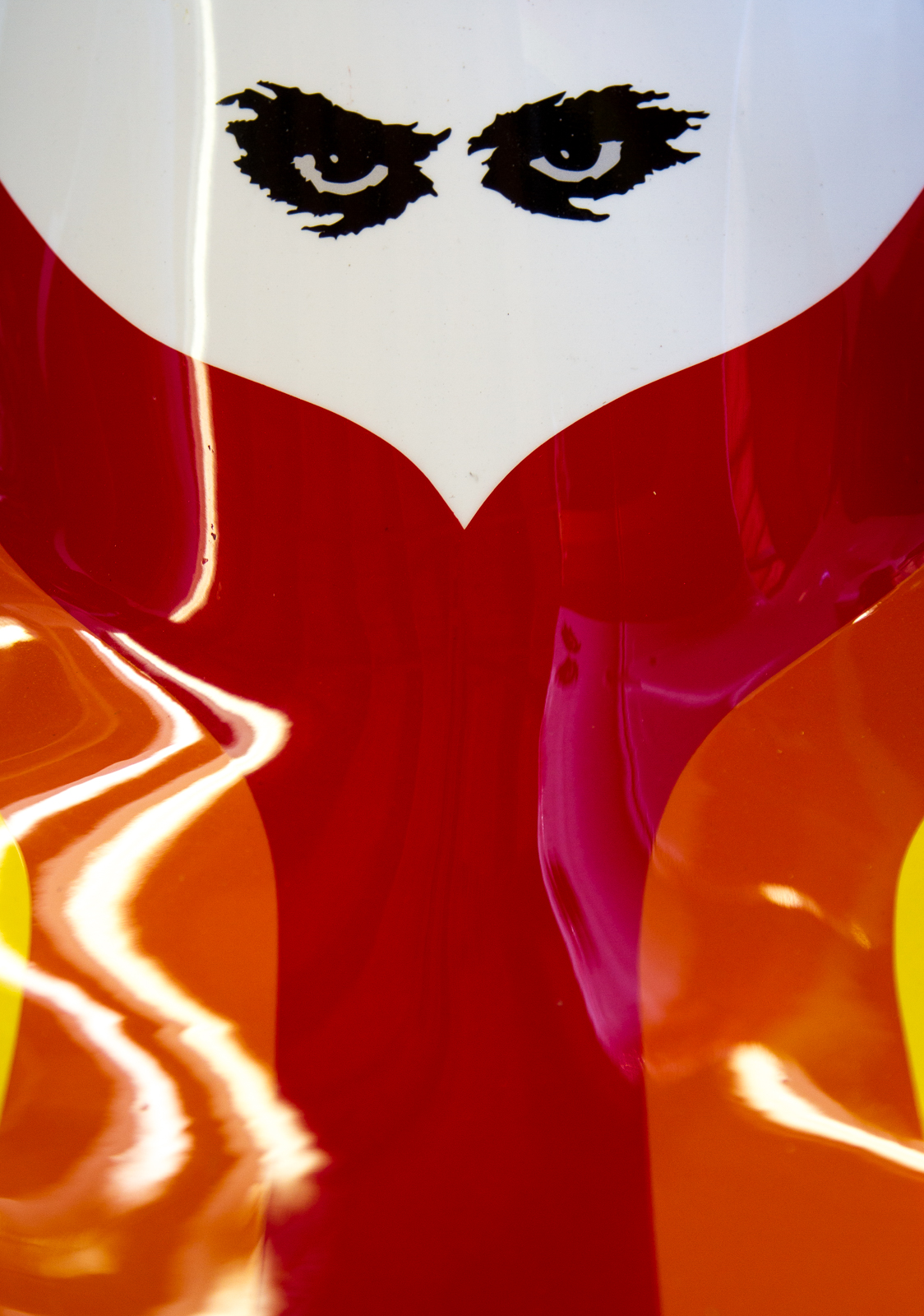 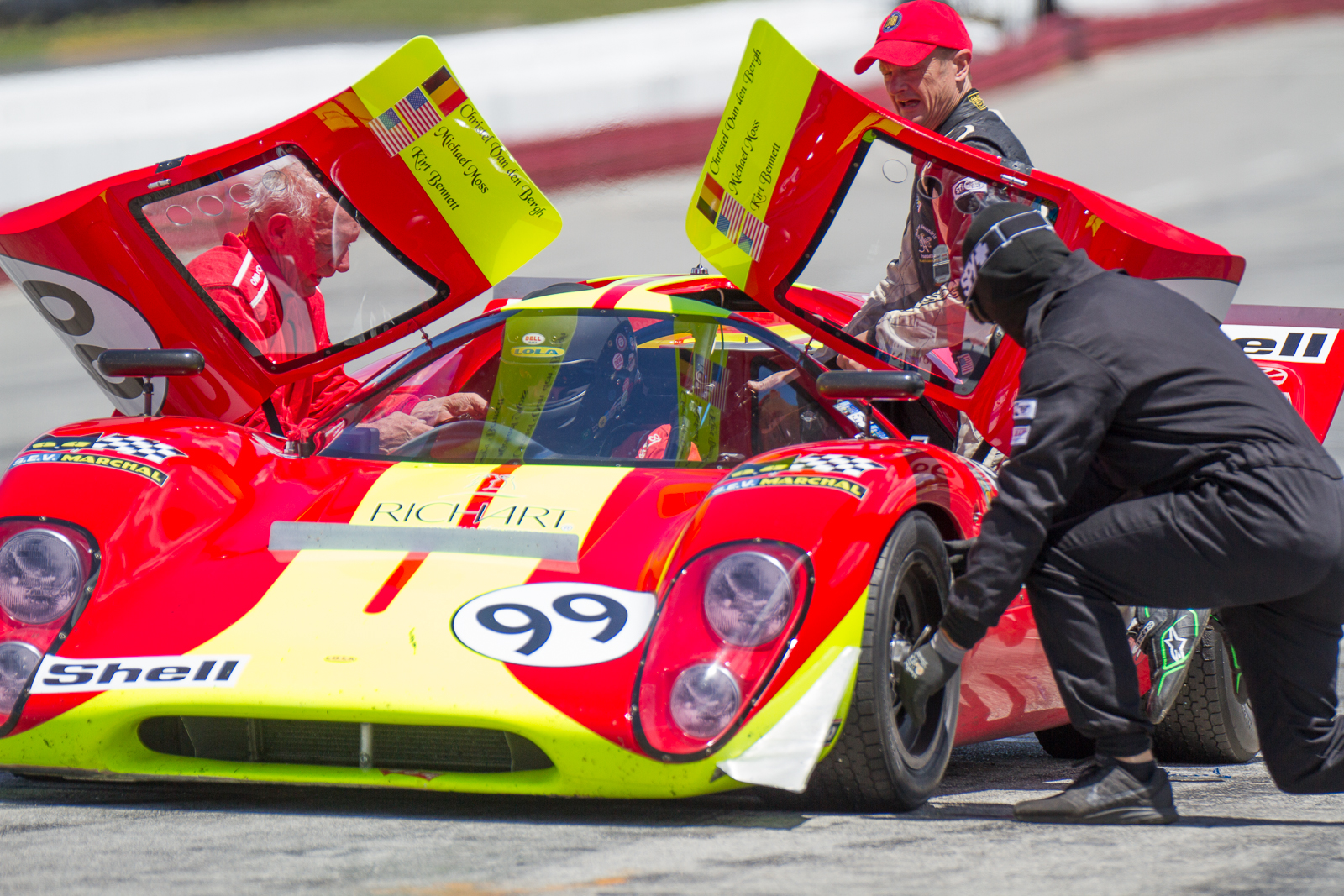 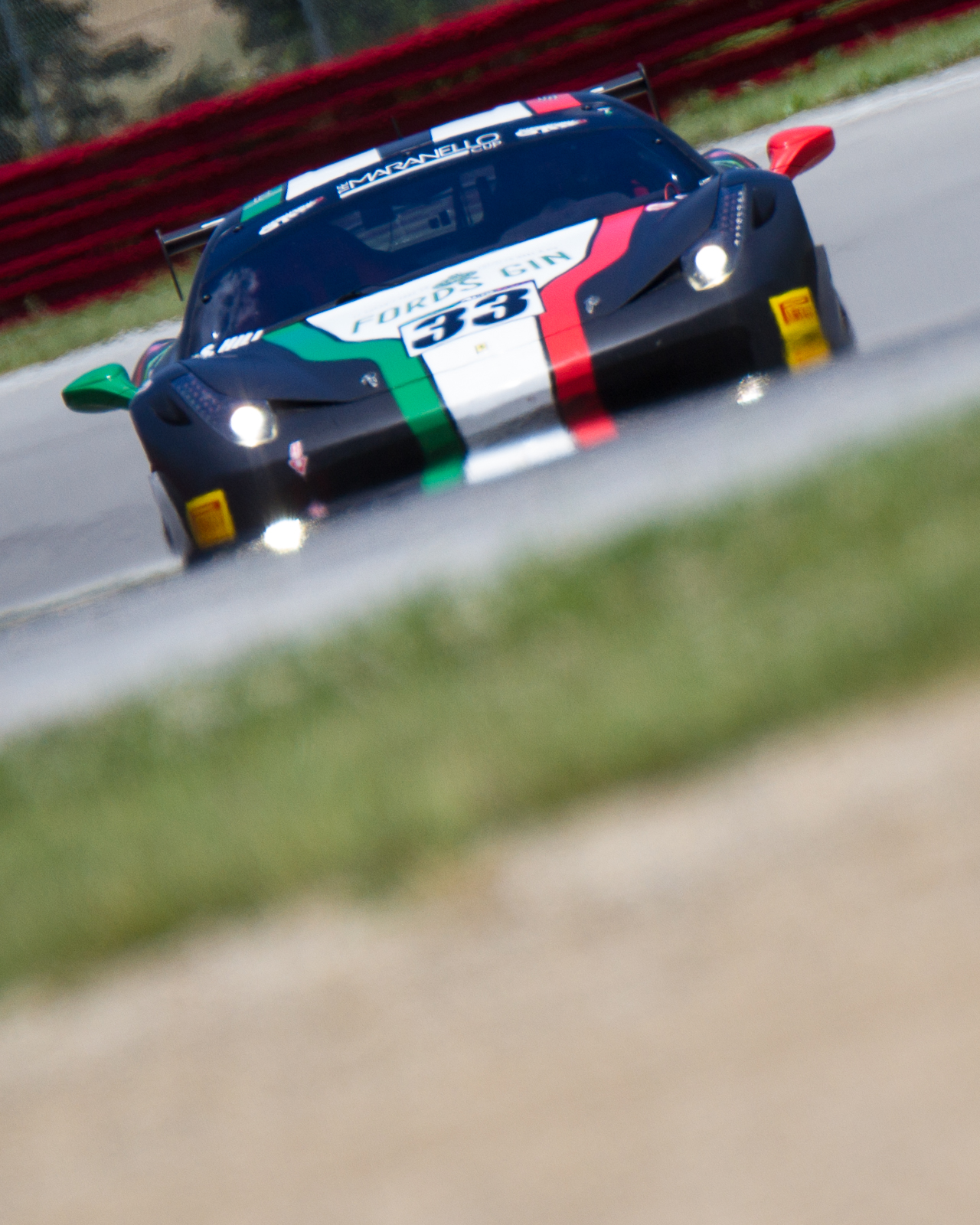 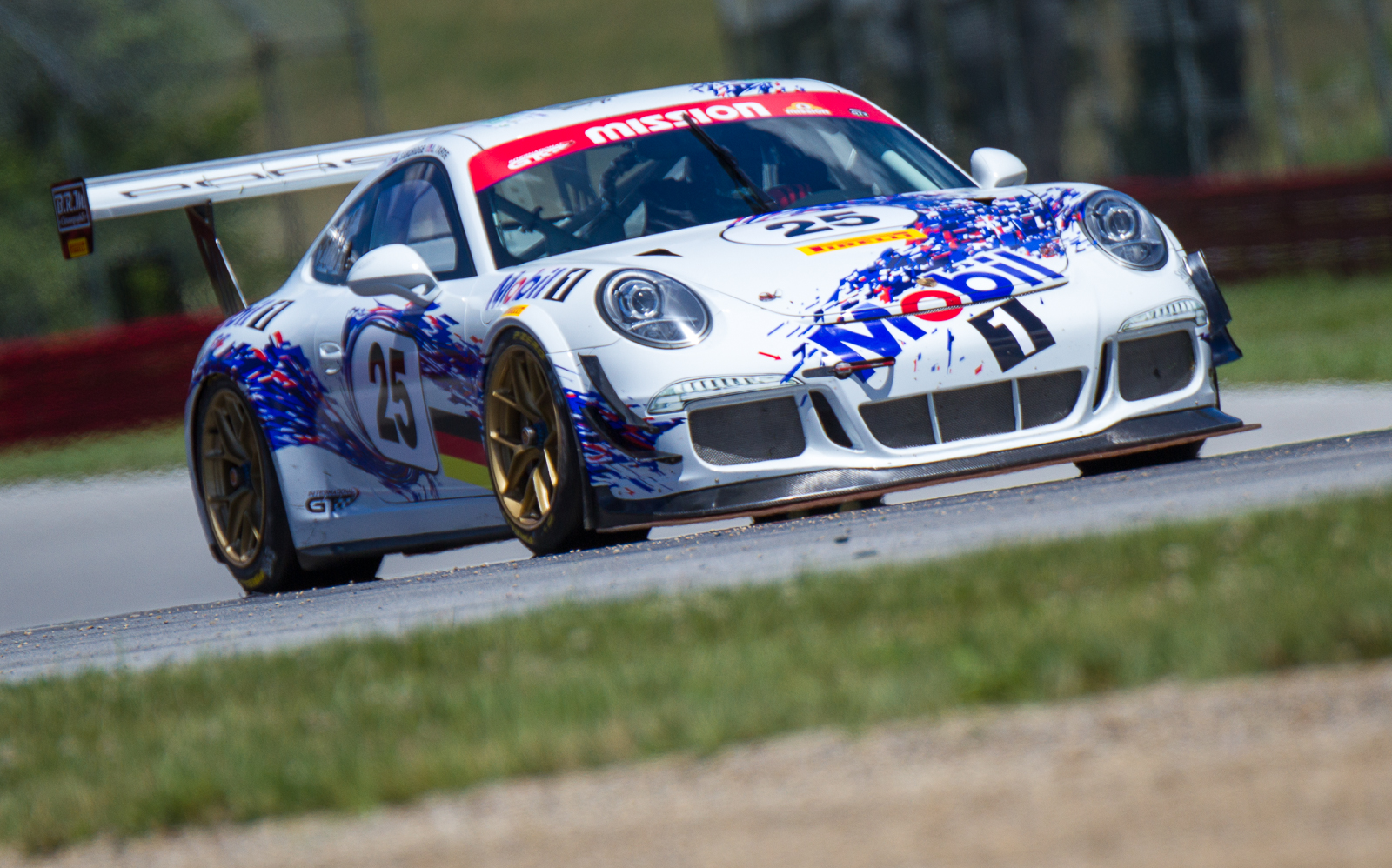 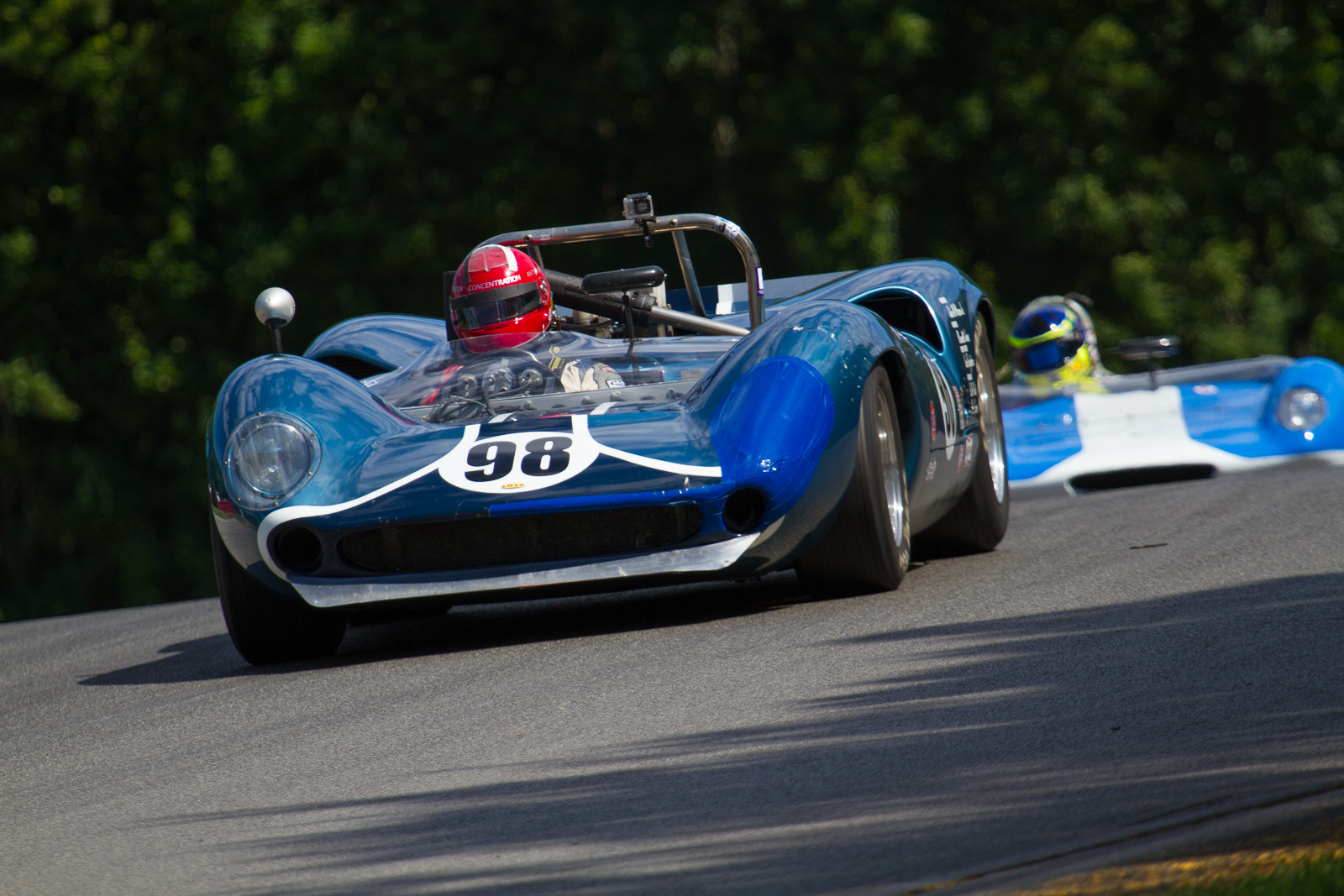 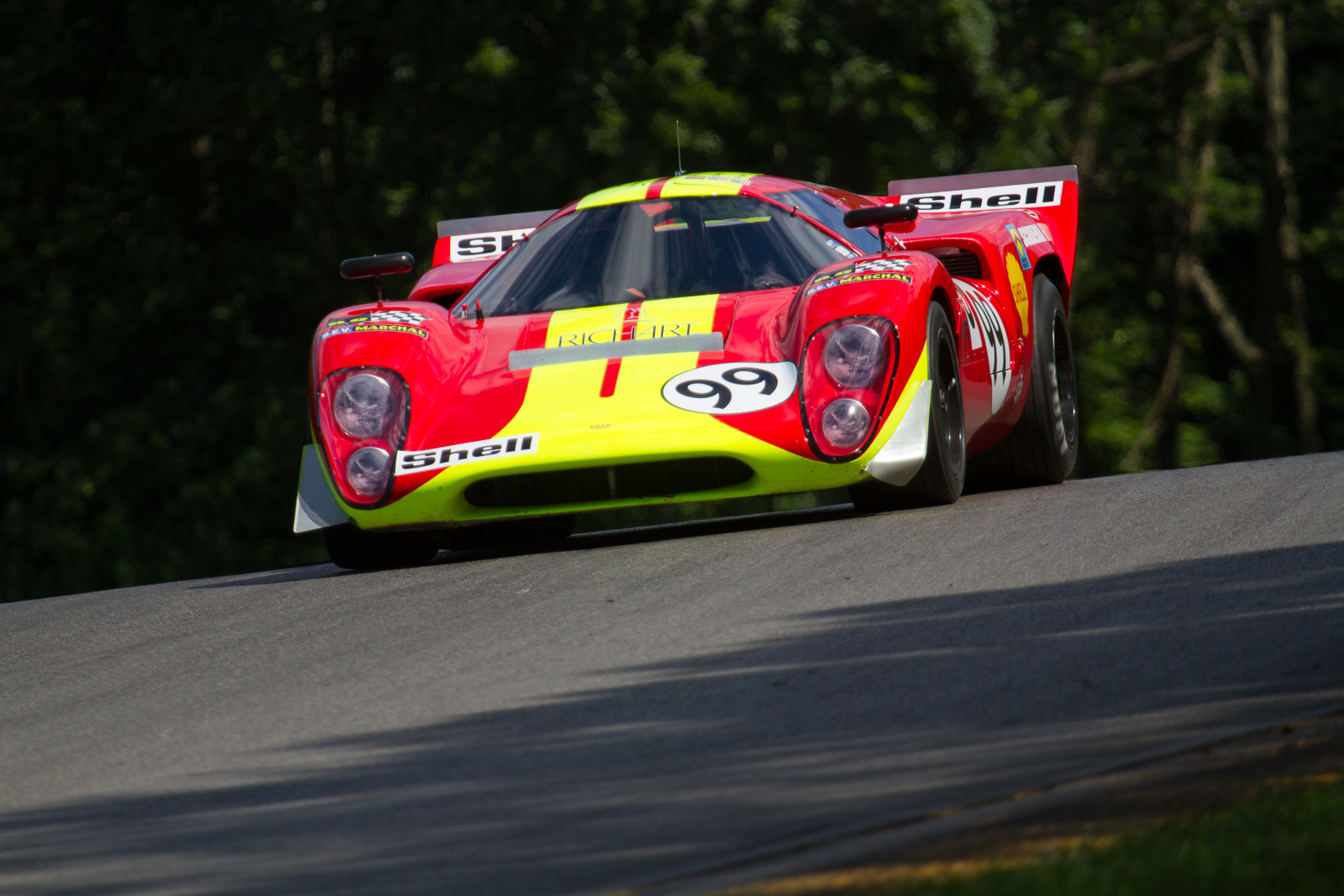 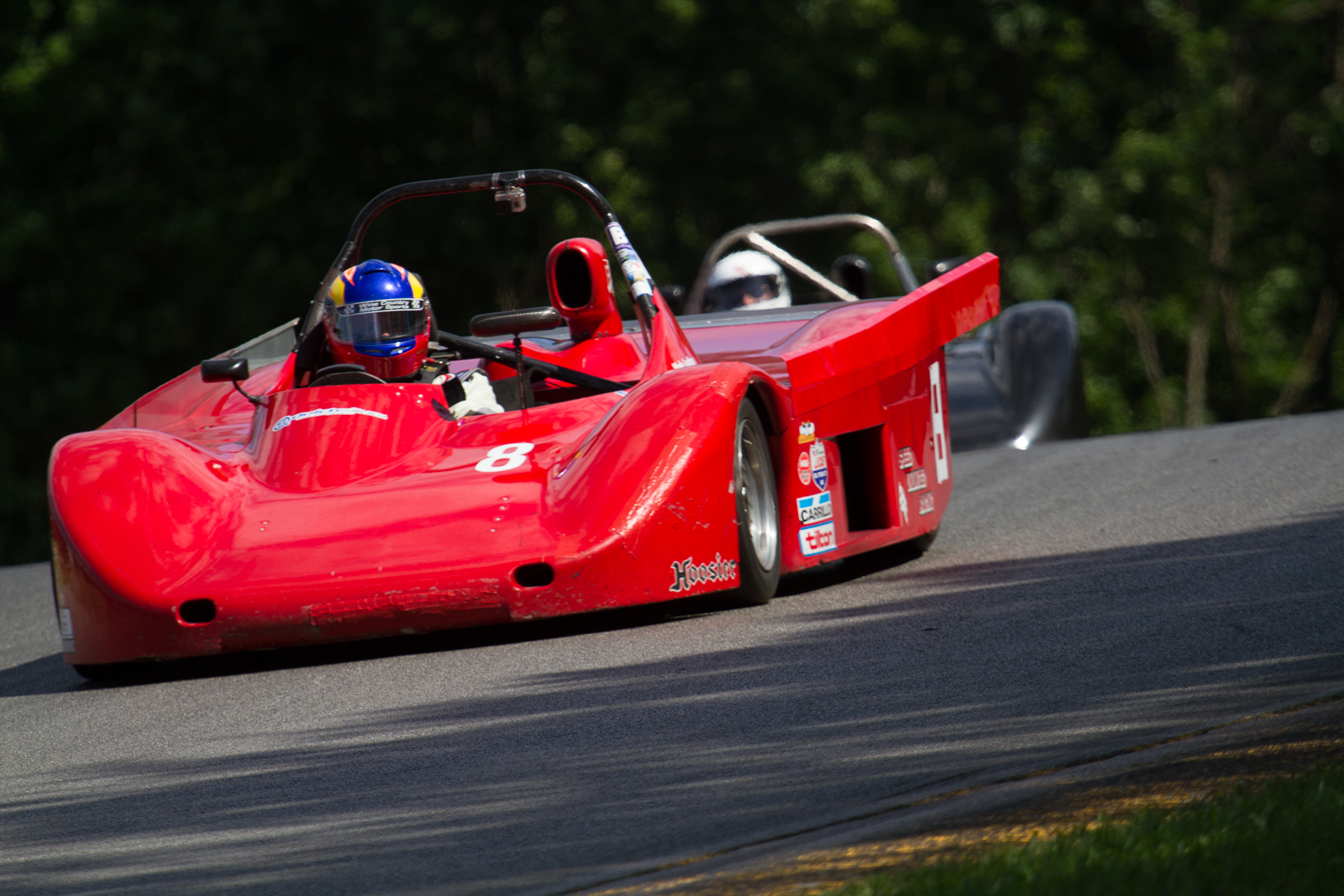 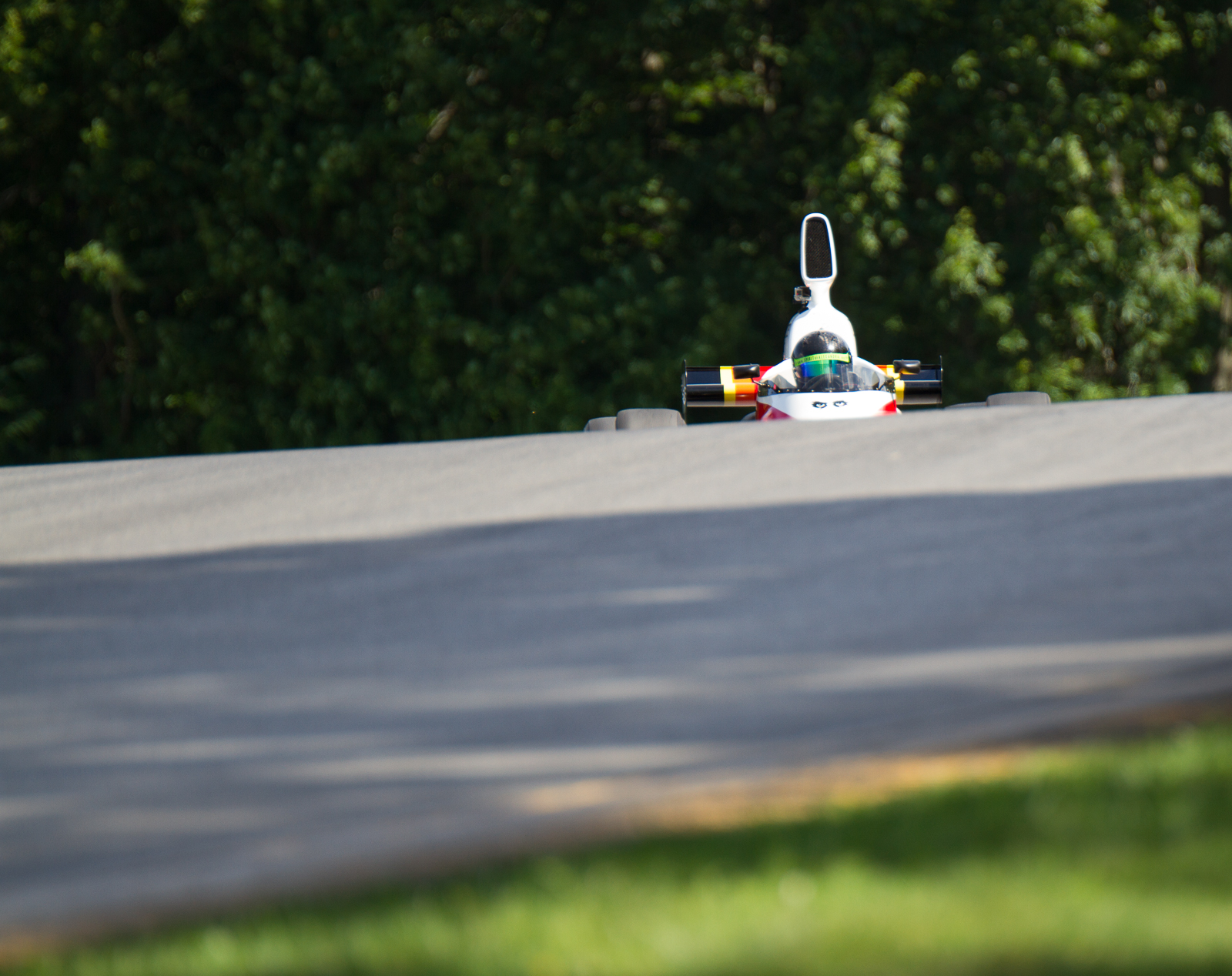 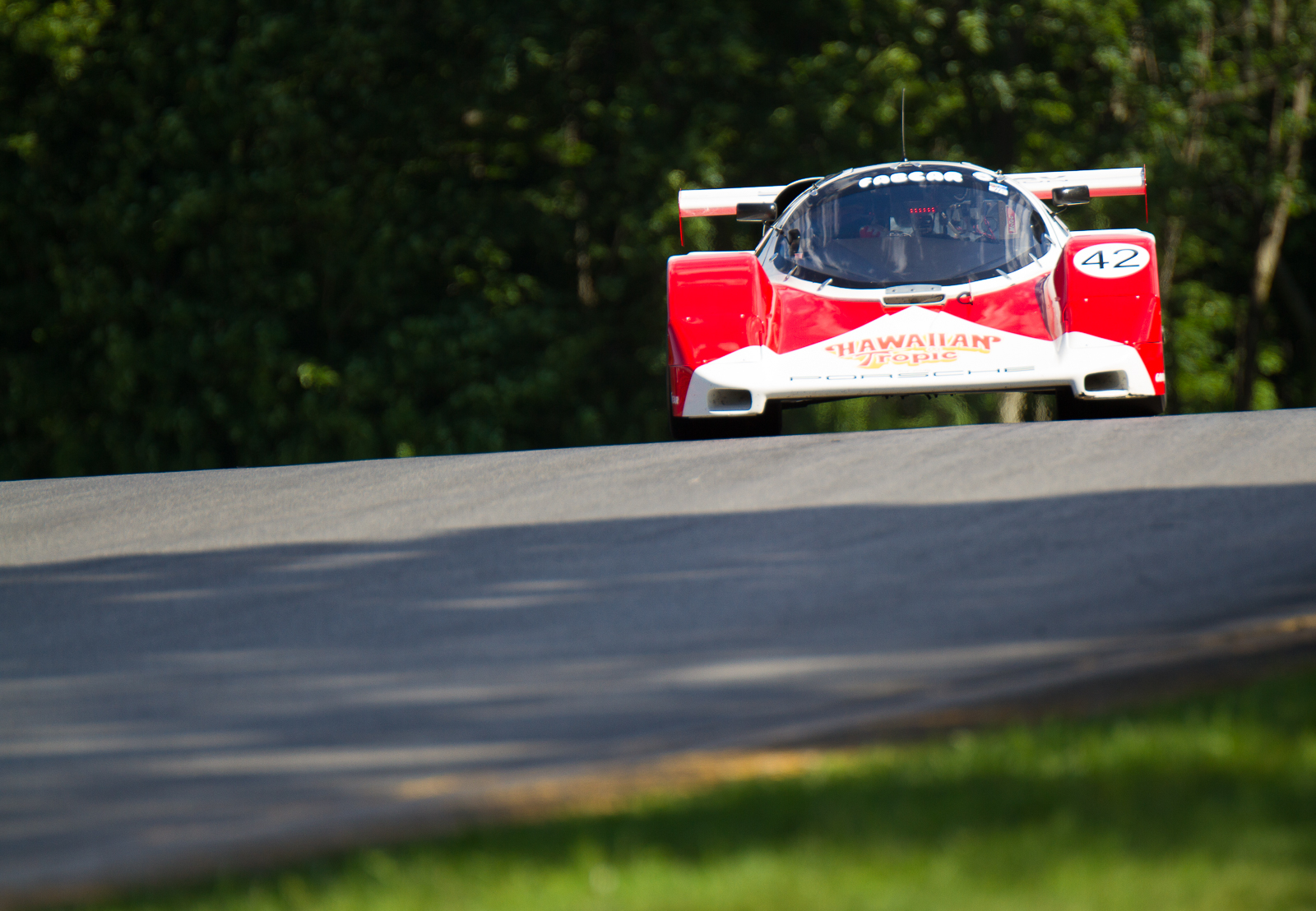 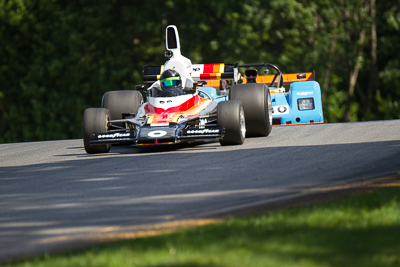 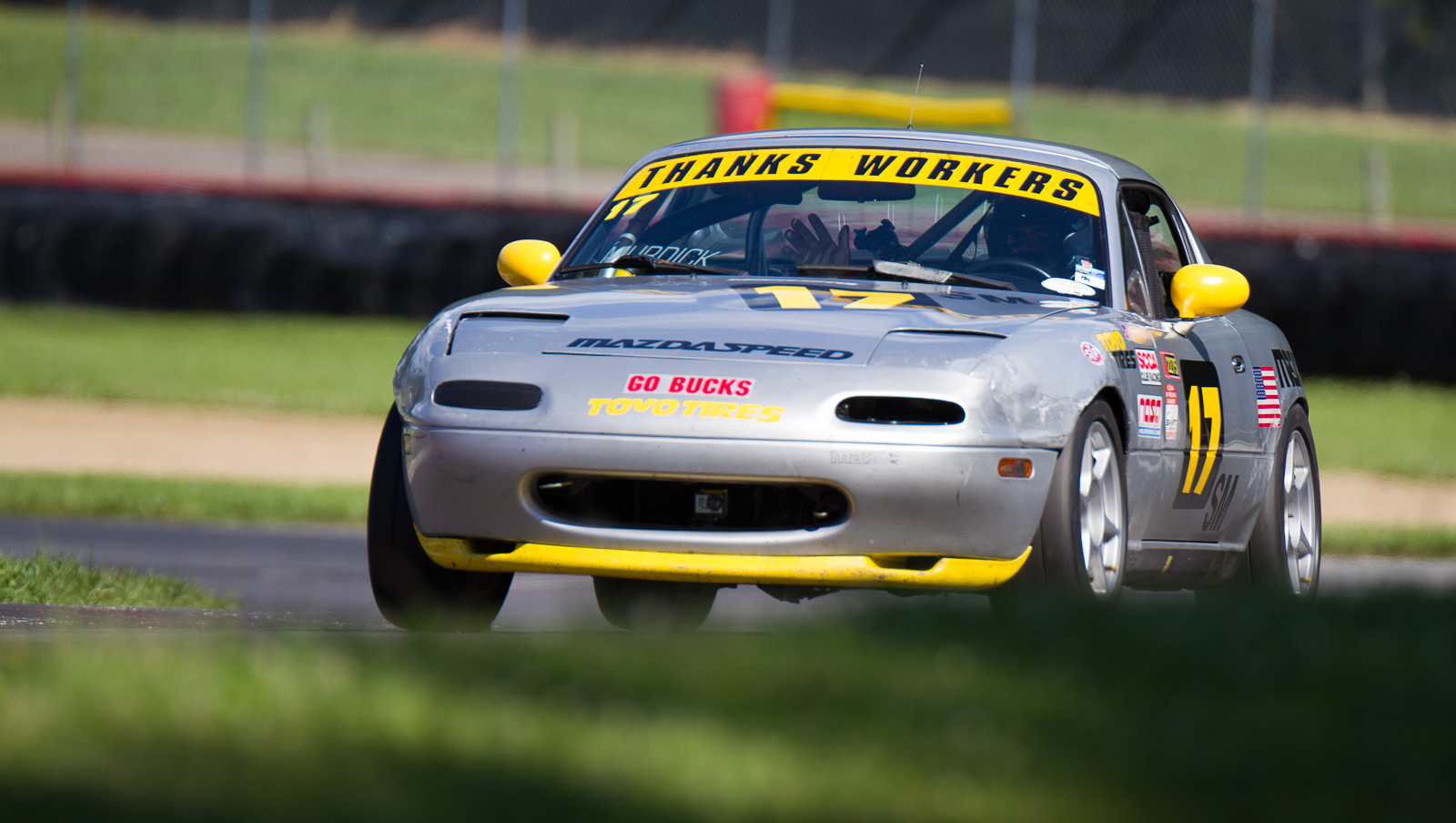 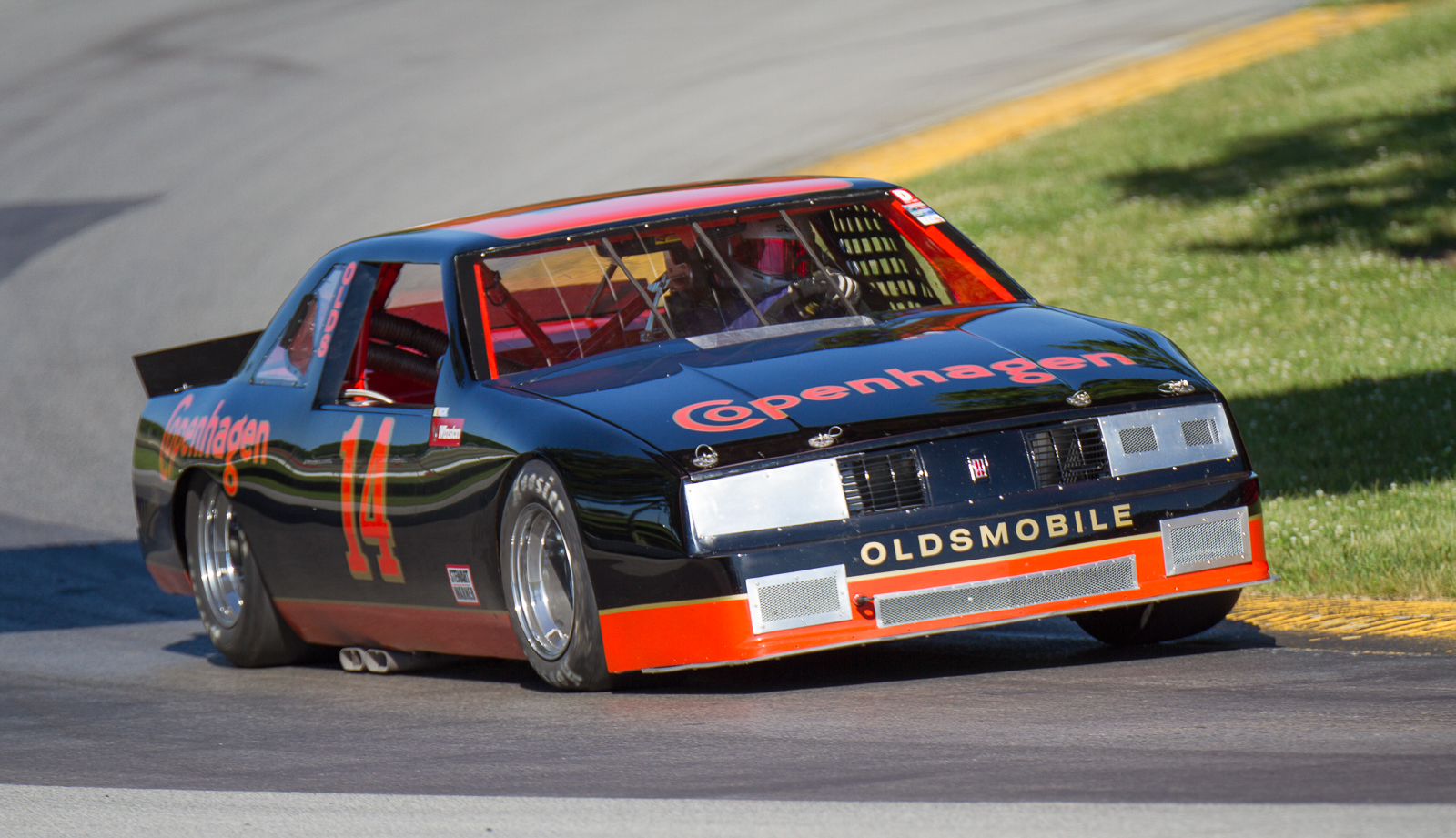 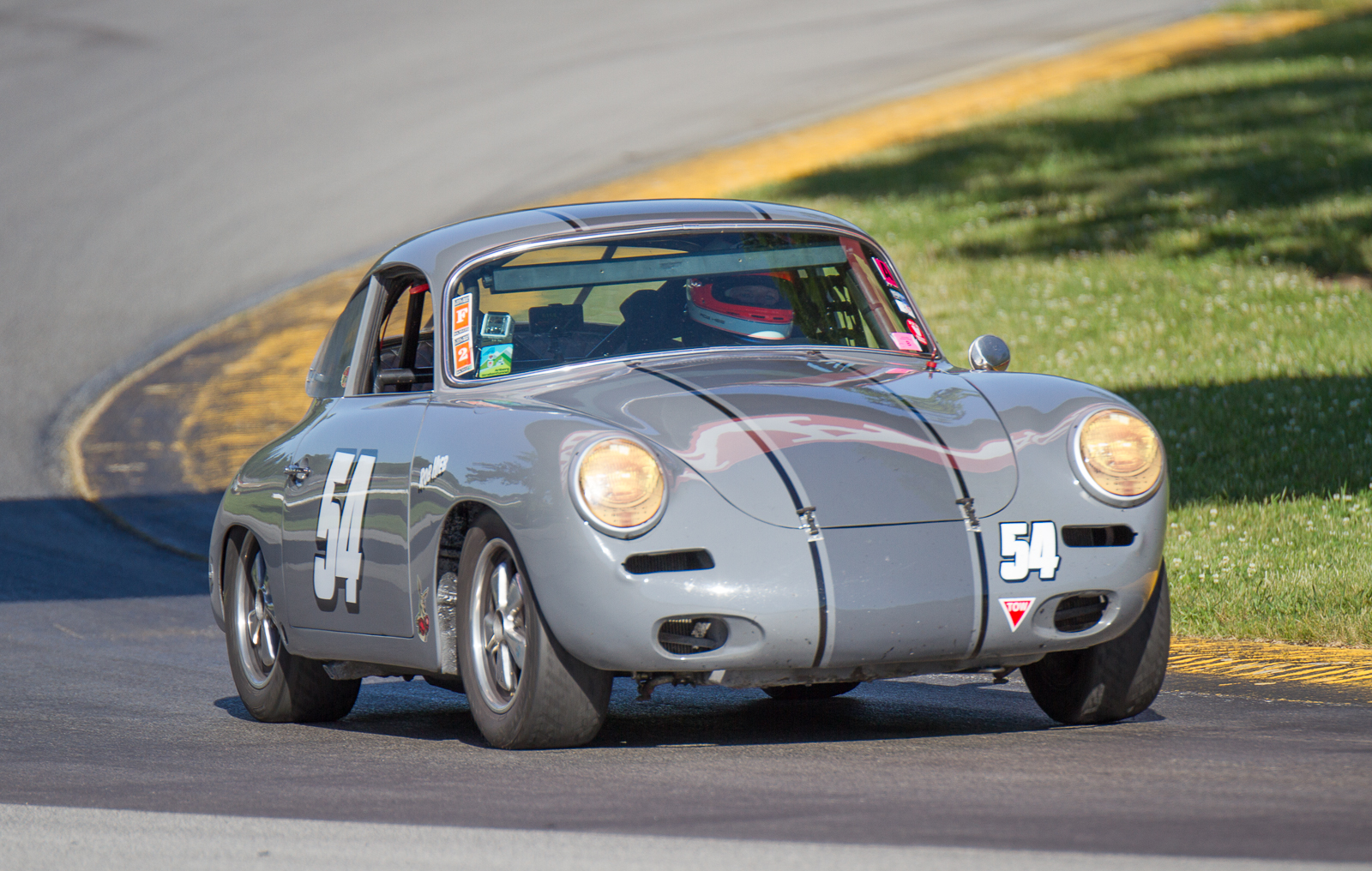 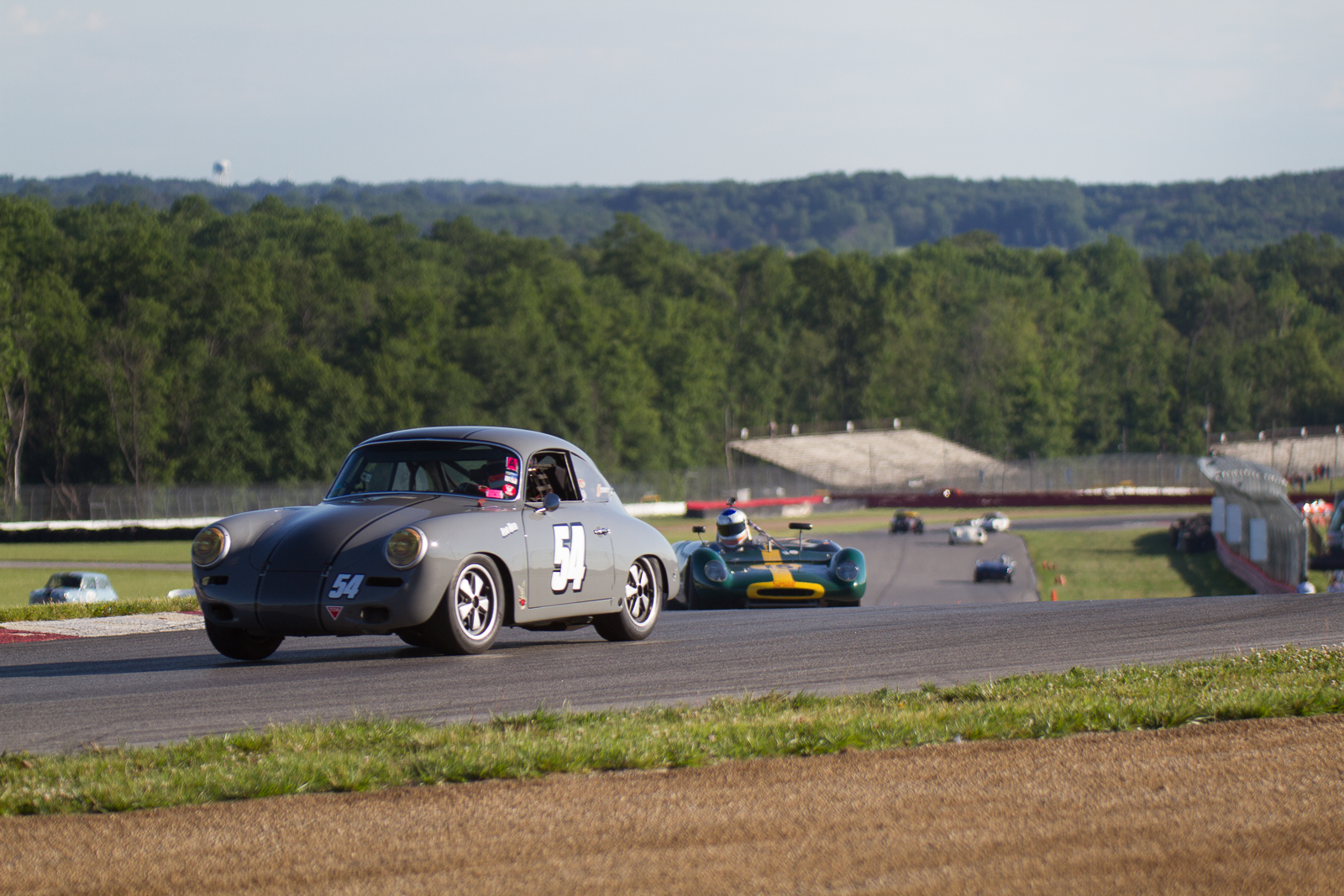 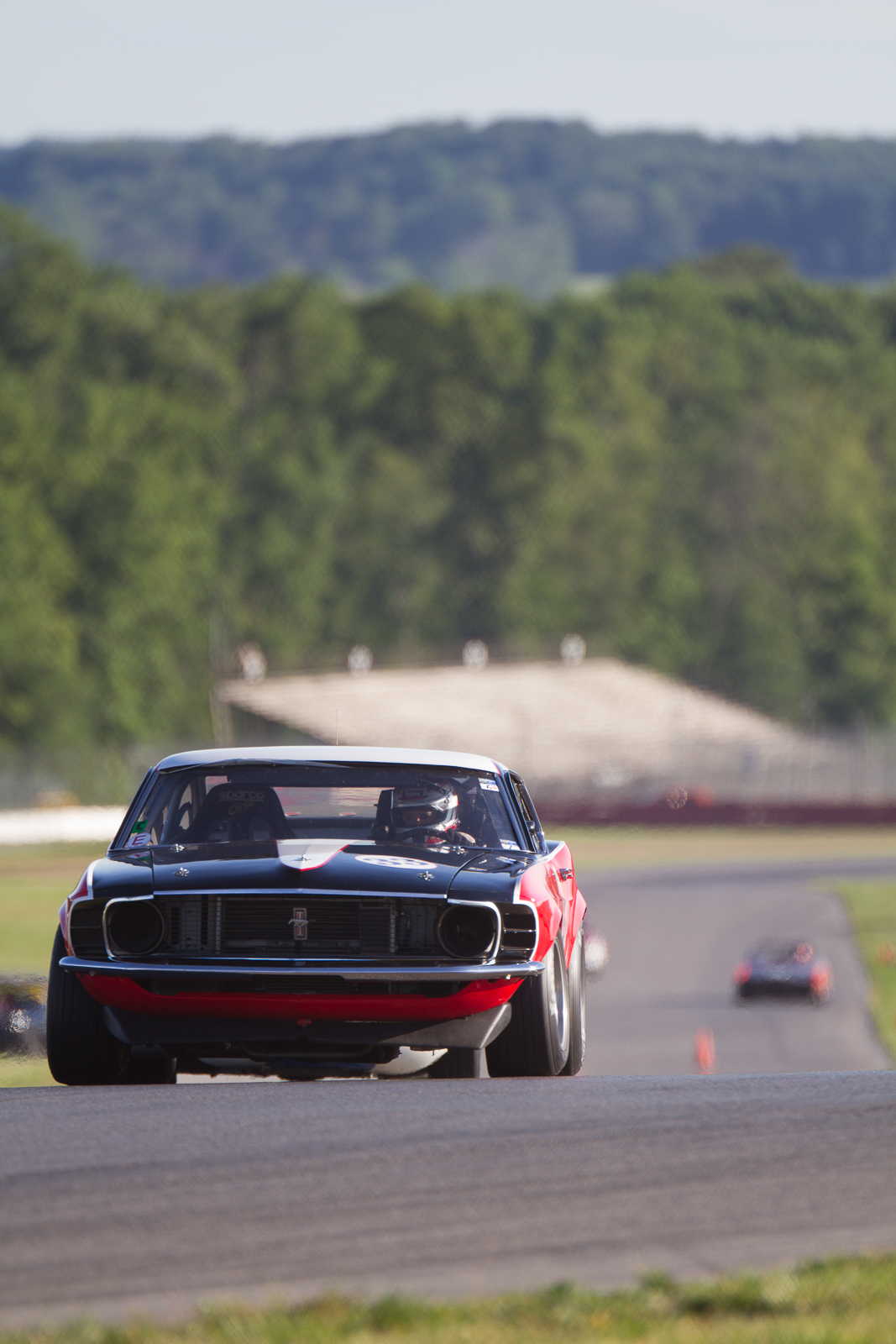 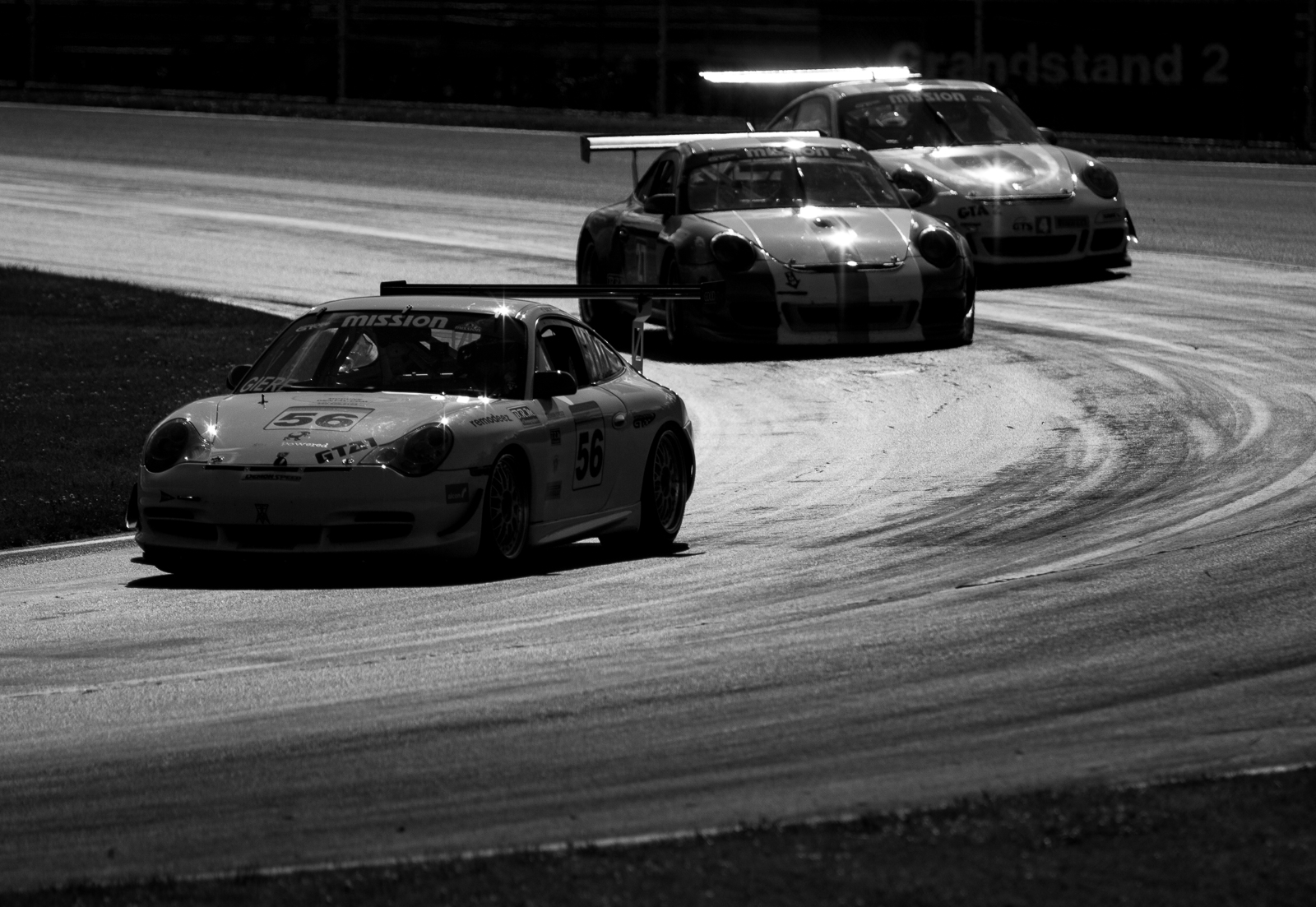 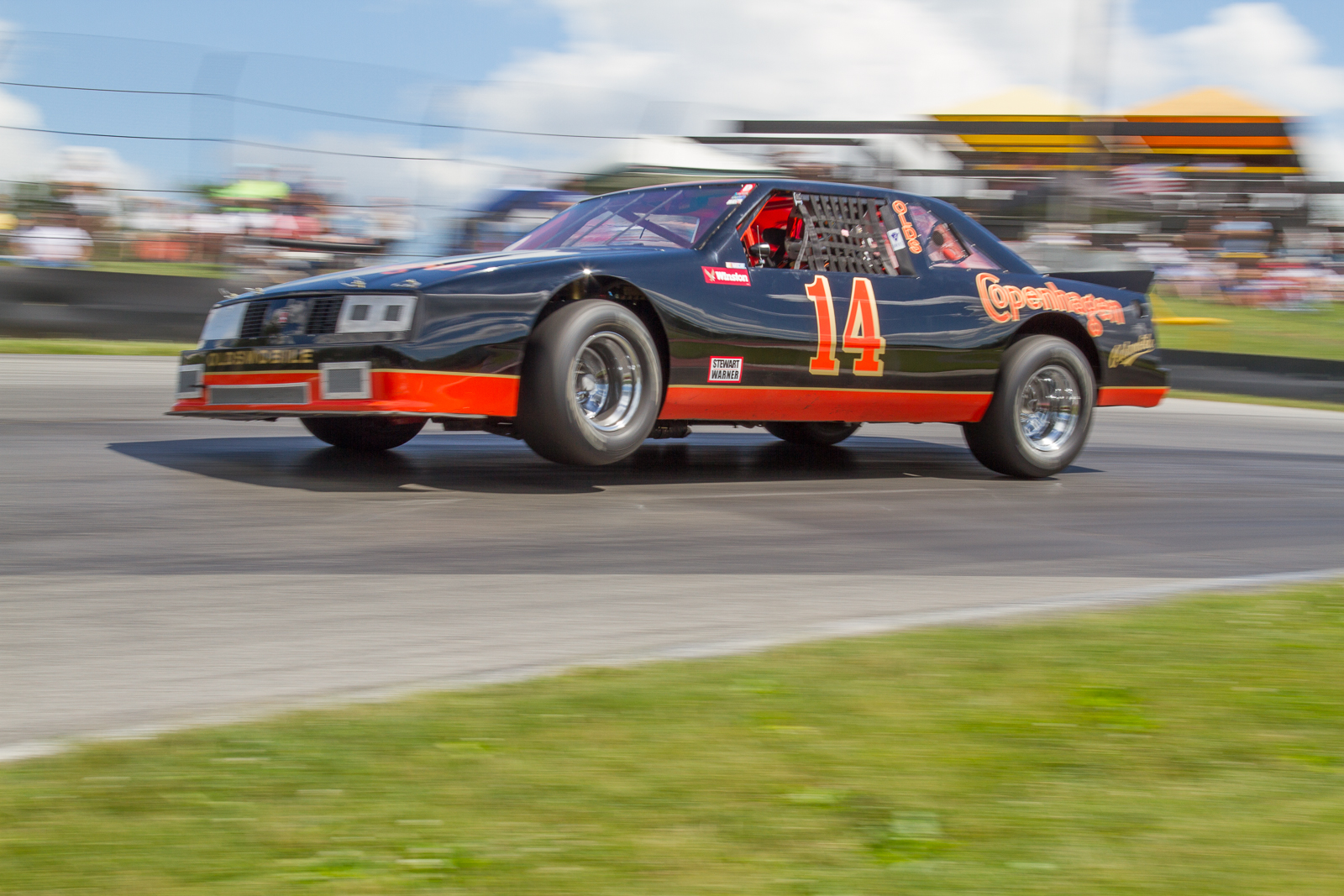 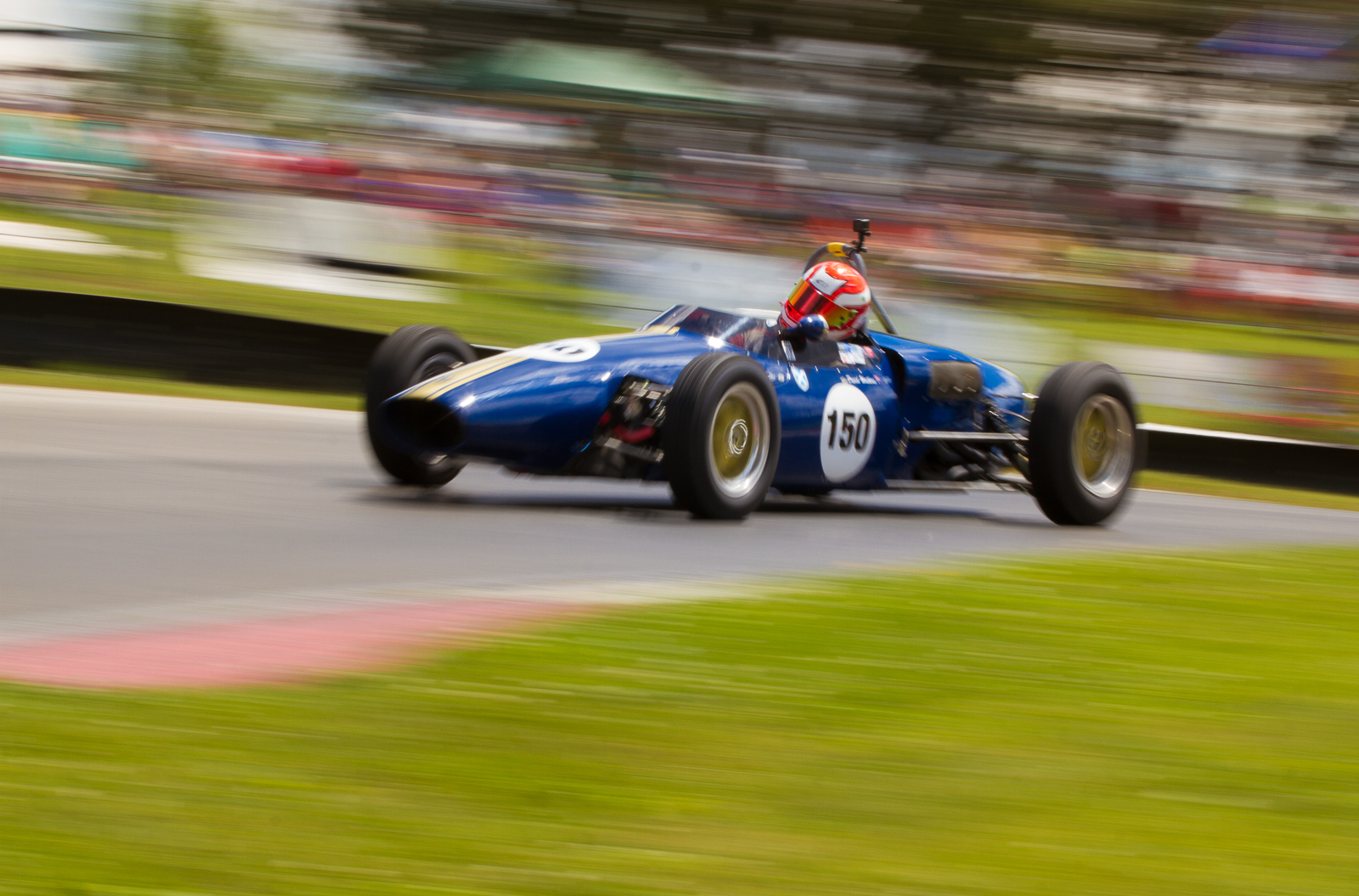 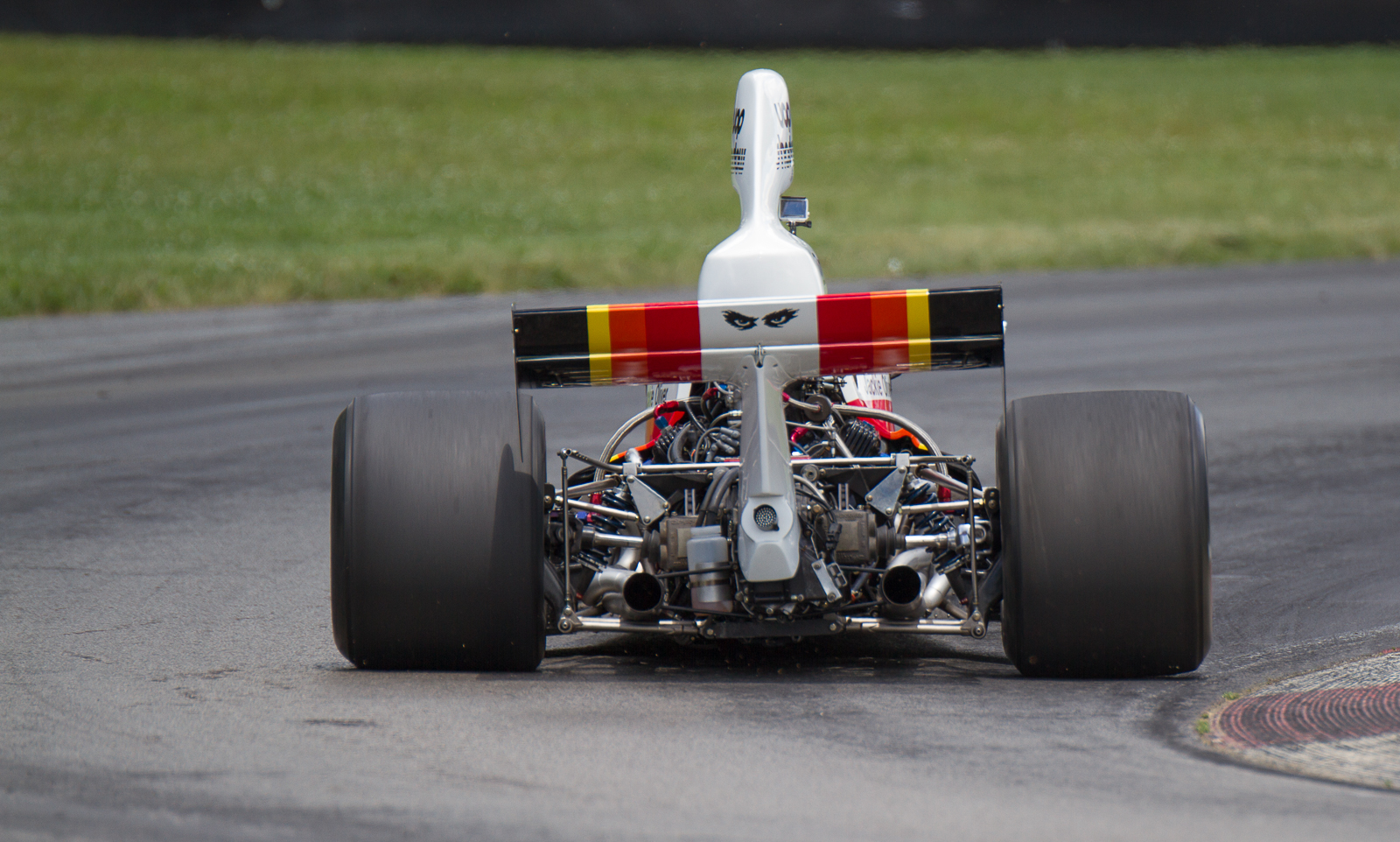 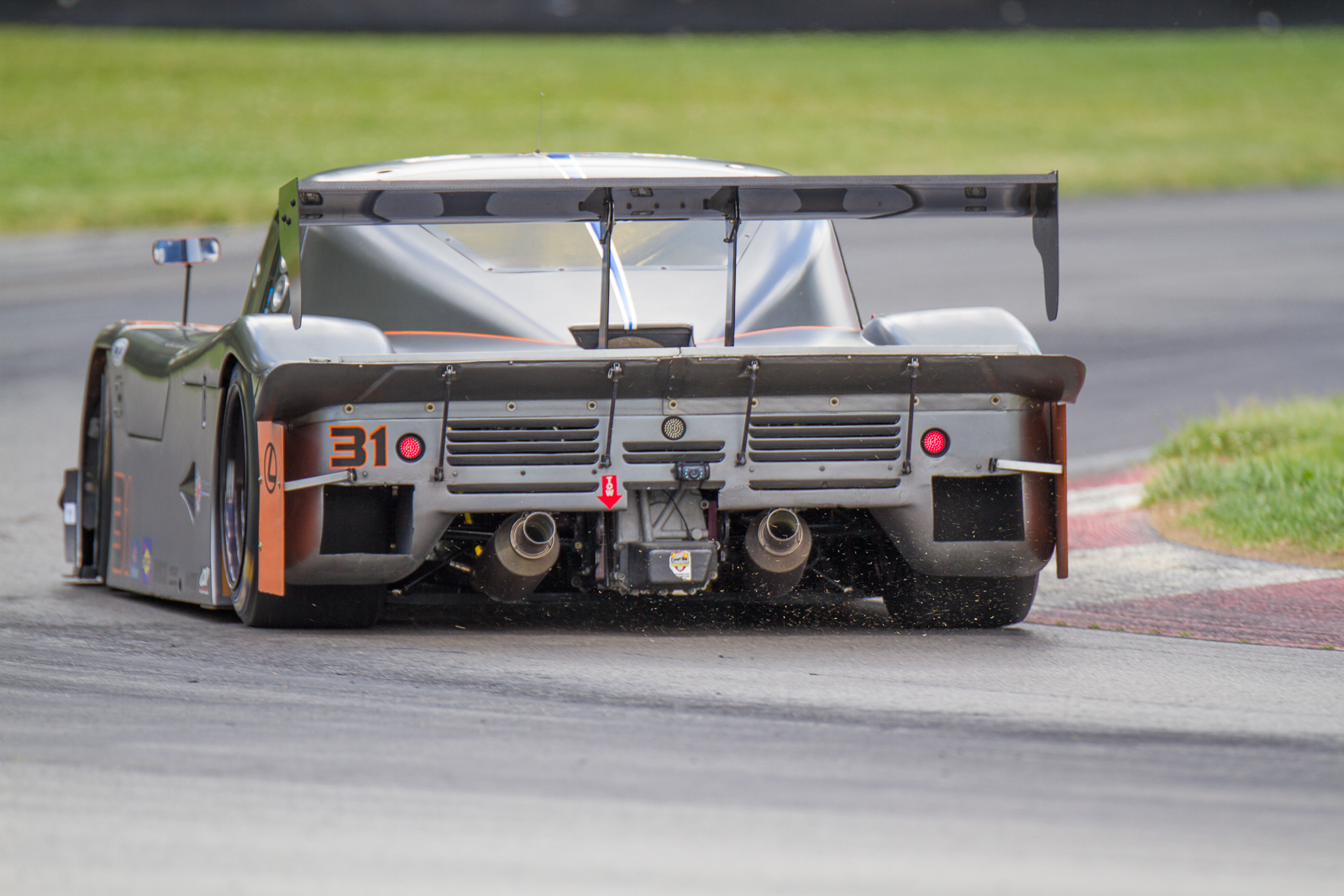 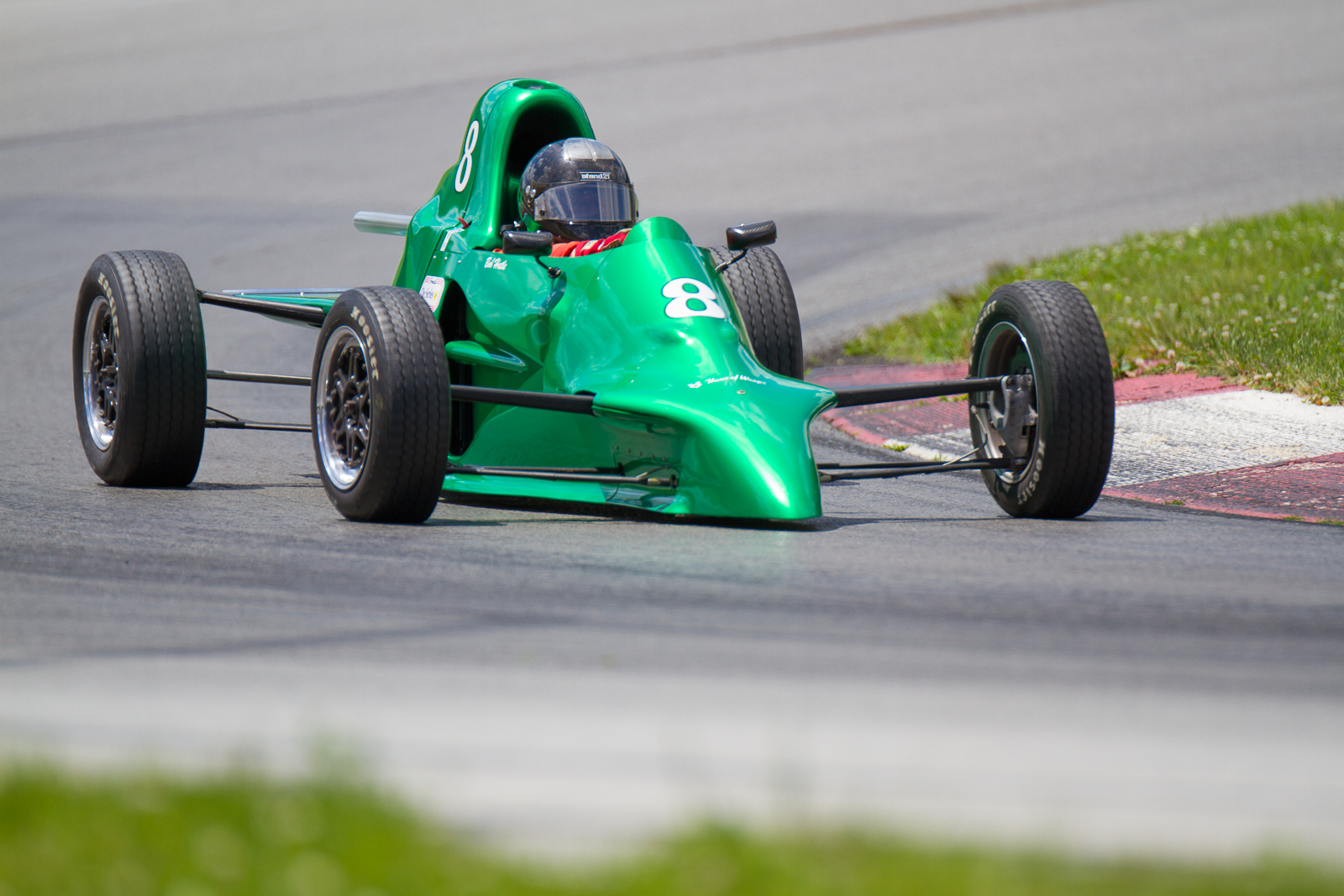 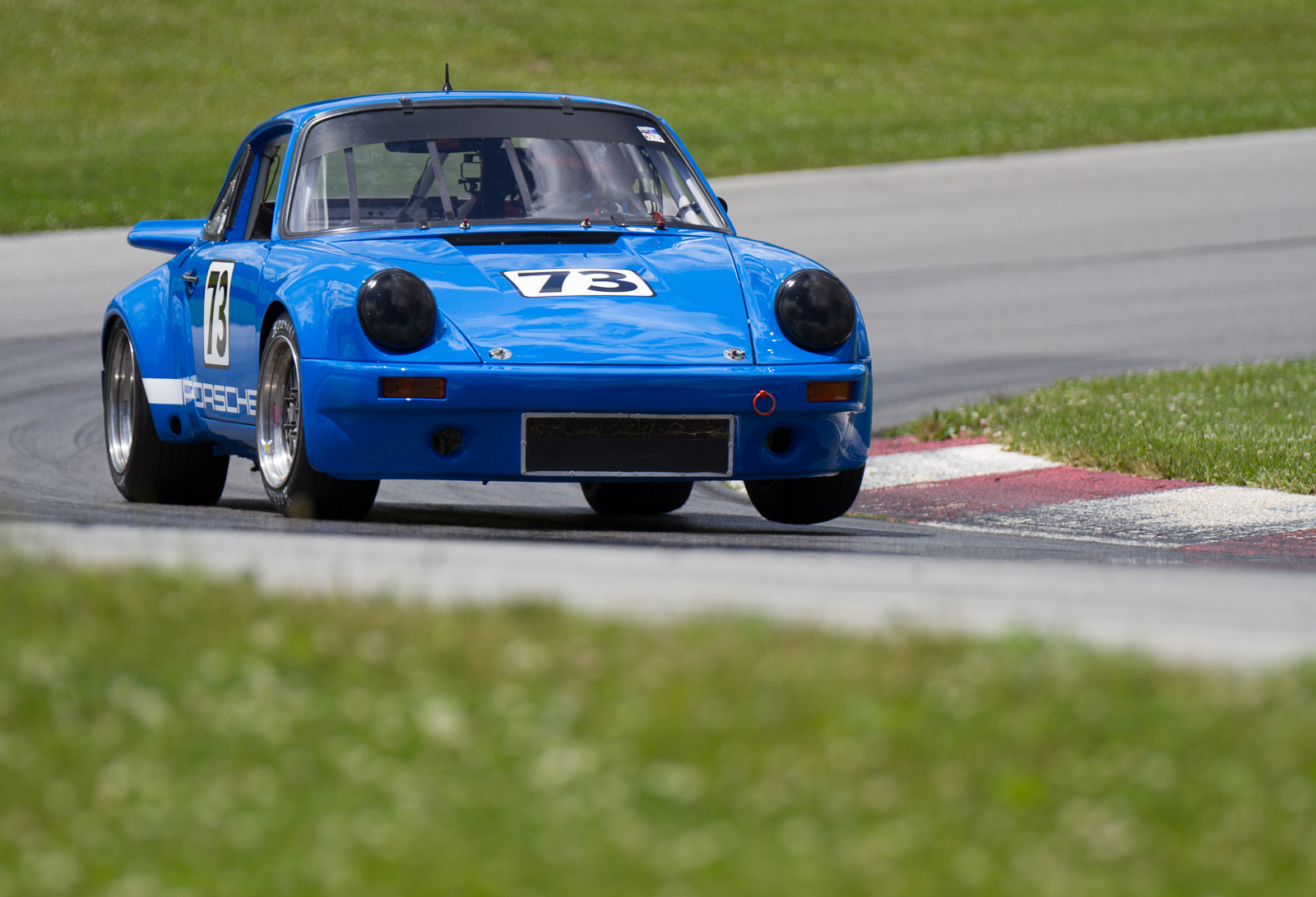 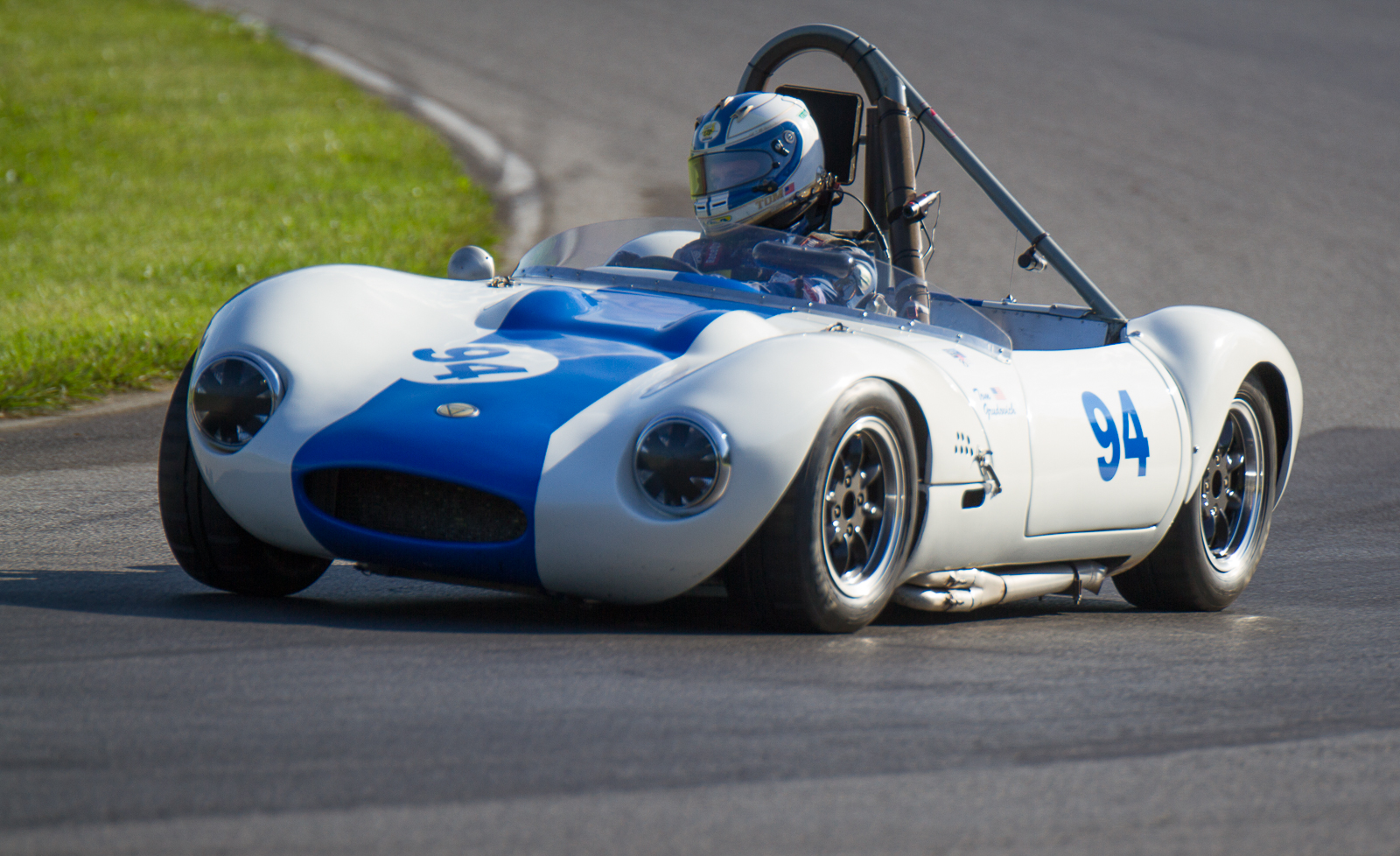 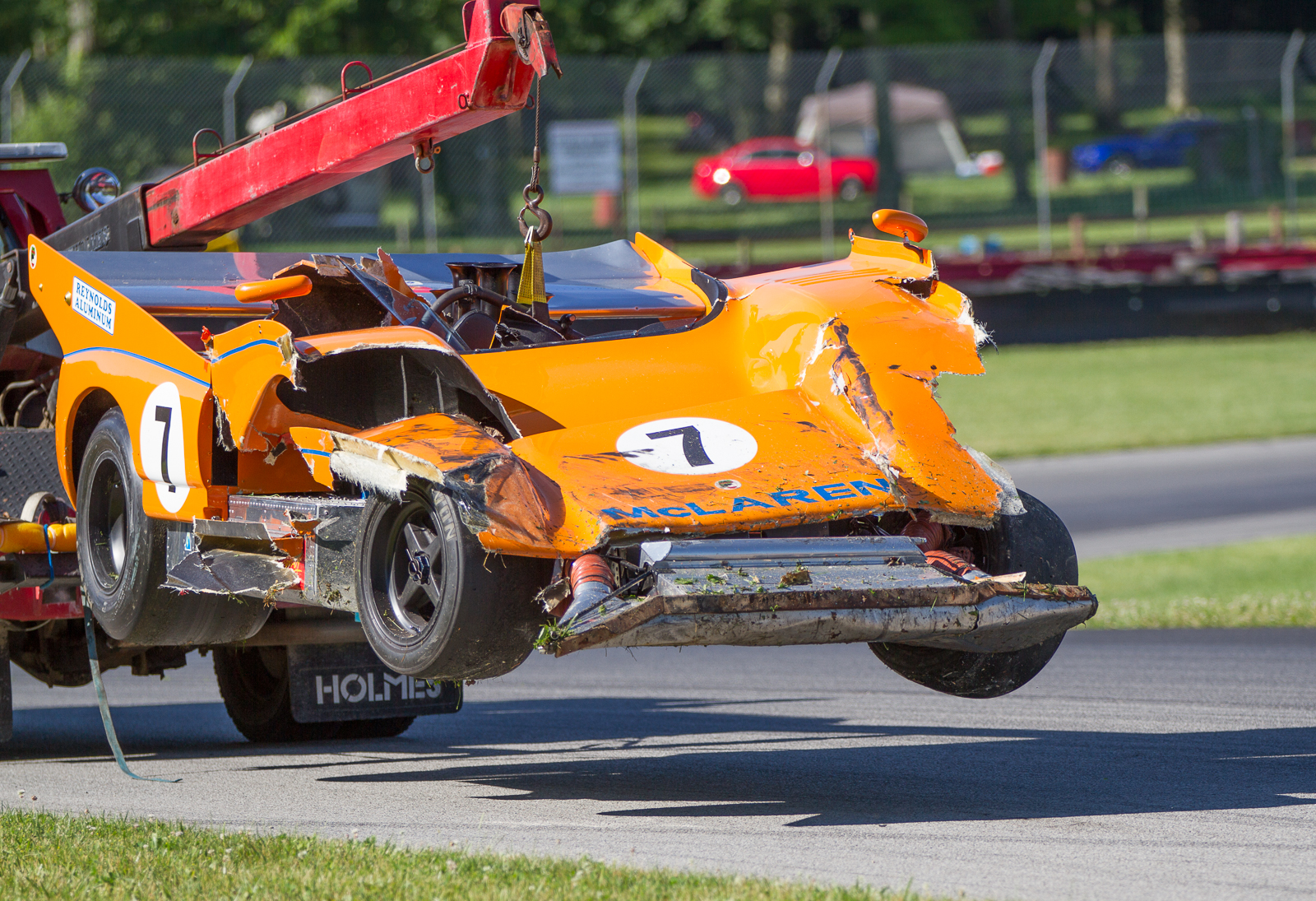 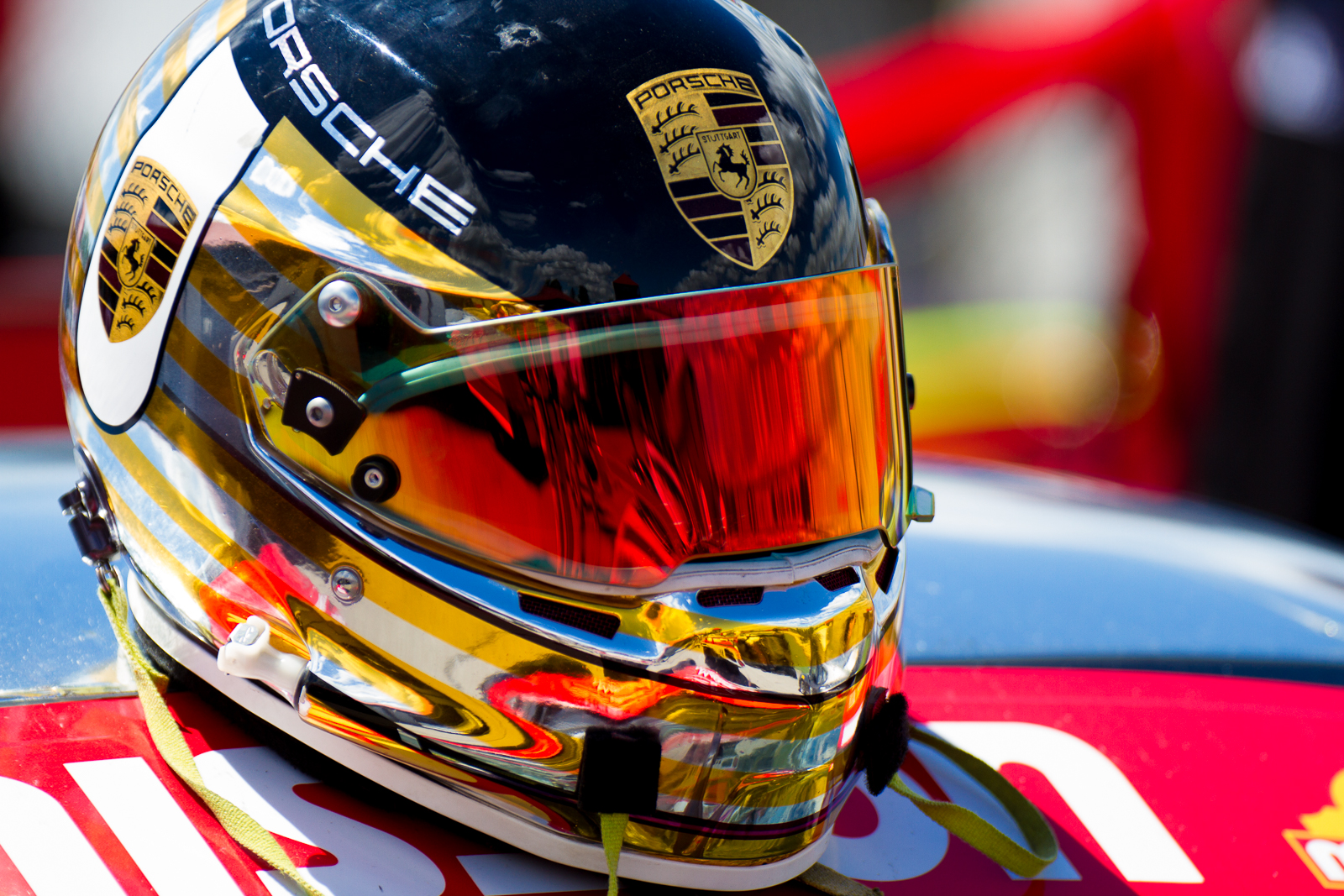