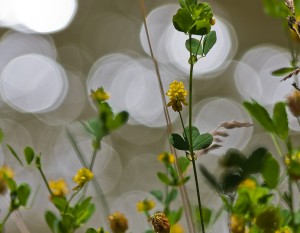 Although photography is ultimately about art, the use of high-tech gizmos inevitably leads to photographers throwing around an array of terms and acronyms that can be overwhelming to a new photographer.  This list is (obviously) a work-in-progress, but I hope it’ll help a bit!

[spacer]
a | d | e | f | h | i | o | s | t
Aperture -  The opening in a camera's lens. As this opening widens or narrows, it increases or decreases the light available to the camera, much as your eye's pupil as it reacts to changing light.
DSLR -  Digital Single Lens Reflex.
E-TTL -  Canon's proprietary implementation of TTL flash control.
EXIF -  EXIF stands for "exchangeable image file format", which probably still doesn't help explain it much, but the idea is simple.  Images you save in many well-known formats can embed non-image information in them.  Typically, you'll see information like the date and time a photo was taken, the camera and (some) settings used to shoot it, and so on. Any given image can have no EXIF information at all (if it's been stripped or removed) or lots and lots of it -- although the mechanism used to embed the information is a standard, the actual usage of it depends highly on camera manufacturers, photographers, editors, and anyone else who manipulates these files at any point in their workflow.
- Synonyms: exchangeable image file format
Exposure -  See Learning | Exposure.
FEC -  Flash Exposure Compensation. Used in conjunction with TTL flash control to set the power output of an electronic flash. A typical FEC system lets you increase or decrease flash output relative to the metered "correct" setting by some amount.
Hotshoe -  A mounting plate generally found on the top of a camera designed to mount an electronic flash.
HSS -  High Speed Sync. Used in flash photography to indicate flash capability when shutter speeds are faster than sync speed. See also Intro to High Speed Sync.
i-TTL -  Nikon's proprietary implementation of TTL flash control.
OCF -  Off Camera Flash. A general term referring to the use of one or more flash units not mounted on the camera.
- Synonyms: off camera flash
Speedlite -  Canon's brand name for their electronic flash units. Both "speedlight" (Nikon's brand name) and "speedlite" have become somewhat genericized to refer to any brand of portable, battery-powered electronic flash.
- Synonyms: Speedlight, electronic flash
Strobe -  An external lighting system designed to work by providing a brief flash of light. Unlike portable electronic flashes, these are typically larger, wall-pluggable lighting systems designed for use in studio settings.
- Synonyms: studio strobe
Sync speed -  The fastest shutter speed at which a single flash of light can illuminate the entire focal plane of a camera. See also Intro to High Speed Sync.
TTL -  Through The Lens. This typically refers to the ability of a camera to perform operations such as metering using the lens actually mounted to the camera at the time rather than using a secondary lens or sensor to accomplish these things.
TTL flash control -  A system of connecting a camera to one or more electronic flashes so that the camera's exposure metering and controls can be applied to control the power output of the flashes.