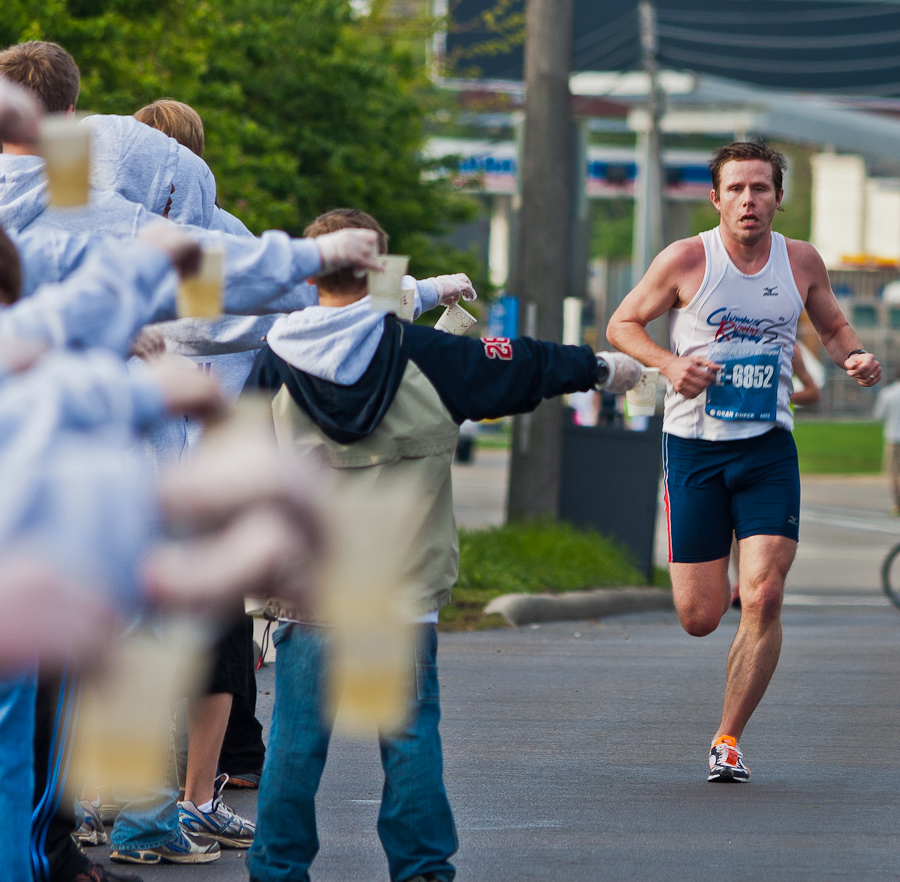 My son’s Scout Troop has been helping out at running races for several years now.  Usually, we’ll work a water station, handing out water and/or sports drinks to the runners.  Today, we worked a large-ish half-marathon, with over 1,000 runners participating, which made it one of our larger efforts.

We had close to 40 volunteers on hand this morning, between boys and adults, and we ended up setting up quite a stockpile of cups.  As the race was getting started, I snuck away to get some photos of our crew, and as the first few runners came through, I got this photo.  This was one of the first runners (not the leader, though).  As is typical for the lead runners, he was pretty much running on his own, so he had all sorts of helpful volunteer reaching out to offer him a refreshment.

I like the way this photo turned out — I was zoomed into the runner at 300mm, which isolated him against all the hands reaching out with water.  Within about five minutes of this photo, there were runners stacked up about six people deep all along our ten tables, so this was really the last shot of a single runner.

If you’d like to see some more photos from this morning’s race, they’re in the gallery.